The "Big Easy" prepares for the Masters 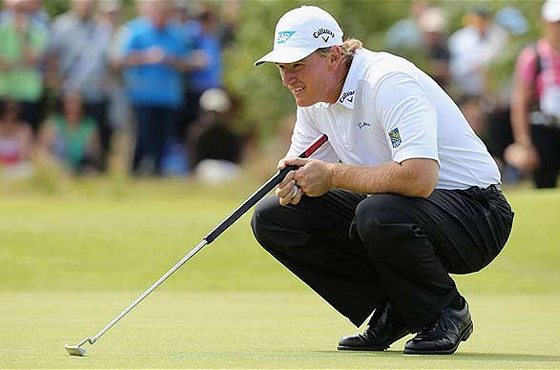 British Open champion Ernie Els has confirmed he will use the belly putter for the last time at a major during the U.S. Masters next week as he phases out the controversial club ahead of a proposed ban.

Golf’s rule makers, the Royal and Ancient and the United States Golf Association want to outlaw the controversial anchoring of a long-handled putter to the body during the swing - a technique has been used by three of the last five major winners including Els.

The European Tour has supported the proposal but the U.S. PGA Tour is opposed to such a ban.

South African hero Els opted for the short stick for his first three rounds at the Chiangmai Golf Classic in Thailand before taking 29 putts with his belly putter on Sunday in a closing two-under-par 70 to finish tied 14th in the Asian Tour event.

"I just wanted to play (with the belly putter) since it was my last competitive round before the Masters," said the four-time major winner who will switch to the shorter stick in time for the U.S. Open in June.

"Mentally, I was going to do the long putter at the Masters. I wanted to feel what it is like under a little bit of pressure," said the tall, smooth-swinging 'Big Easy'.

World number 24 Els has been looking for consistency this season, having missed the cut in the Arnold Palmer Invitational with two consecutive rounds of 75 before heading for Thailand.

"So far this year I've played some decent golf in parts, but I'm not quite there on the consistency front," the former number one wrote on his blog on www.pgatour.com.

"All you can do is keep working hard, though. As we saw last year, your fortunes can change quickly in this game."

Els, dressed in his usual stylish golf clothing, worked hard with the conventional putter in Thailand and seemed pleased with his performance. "I came here to get my swing under control, which I think it did. The short game is not too bad, everything is kind of there. It's just the confidence search now".

"I'm hitting it nice again. I'm really glad I came here. I've had a great experience in Chiangmai ... I just wished I made more birdies," he said.