Fowler: 'I want to be known more for my golf than my clothes' 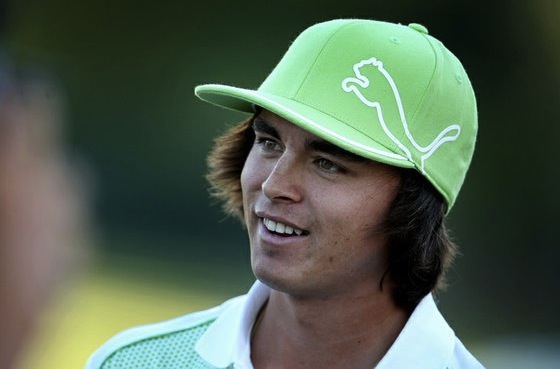 We all know his clothes and caps, those flamboyant pieces with bright orange, lime and turquoise colours that allow you to hide from no one!

Little wonder then that golf commentary funnyman Gary McCord last year referred to the easygoing teen idol as the “man who was breast-fed by a rainbow.”

Young golfers want to be Rickie Fowler or be around him. Fowler, meanwhile, wants to be recognized for far more than his golf clothing.

“I know I’m known for what I wear on the golf course,” Fowler said Tuesday whilst discussing next week’s Humana Challenge, where he will make his first PGA Tour start in 2014. “But I want to be known as a great player.”

With that objective in mind, the 25-year-old has hooked up with renowned golf coach Butch Harmon. The two have been around each other on the PGA Tour since Fowler’s 2010 rookie season, getting familiar during practice rounds.

They first worked together on the range at Muirfield last July following Fowler missing the cut at the Open Championship. They have met twice on Harmon’s range in Las Vegas since early November, including Tuesday, and have exchanged swing video via email.

“I feel that with the experience he has as a teacher, he could help me reach my goals,” Fowler said of the 70-year-old Harmon, whose students have included Greg Norman and Tiger Woods, as well as present pupil Phil Mickelson. “I’m excited to be doing it.”

Fowler, like Mickelson, is a feel player rather than a mechanical one. As such, he’s not had a full-time coach since Barry McDonnell, who sadly died in May 2011.

So far, Fowler and Harmon have made minor adjustments rather than major ones. They have worked mainly on improving his takeaway and shortening his backswing.

“It’s just basically taking what I have and cleaning it up and making it the best we can . . . making it more consistent and repeatable,” Fowler said.

So far, so good, he figures. He finished runner-up in the Australian PGA and tied for eighth at the Thailand Golf Championship in his last two starts.

2014 will be Fowlers fifth full season on Tour, following one victory (2012 Wells Fargo), five seconds, two thirds and 15 other top-10 finishes in 107 starts. His top finish in a major was tied fifth at the 2011 Open Championship at Royal St. George’s – no shock; given links golf is his favorite style.

Understandably, his goal is to grasp more victories, though he hardly seems frustrated with one victory so far.

“I always knew it would be tough to win on Tour,” Fowler said. “(Having) guys like Tiger and Phil doesn’t help the average Tour player’s cause (with regard to winning).”