Javier Ballesteros, the son of late golfing great Seve, finished joint 14th in his first professional tournament at the same event where his father started out in 1974.

The young amateur ended the Peugeot Alps de Barcelona tournament at Sant Cugat on four under par, 12 behind winner and Spanish compatriot Pablo Larrazabal who looked chic in his Lacoste golf clothing.

Seve, who sadly died in May last year after battling a brain tumour, made his professional debut in Sant Cugat 38 years ago. He went on to become a golfing legend capturing five majors, including the British Open three times. In all he notched up 87 tournament victories.

Javier commented “I come away satisfied, I will gain a lot of confidence from playing here. I like playing with the pros as I play better, it motivates me, it helps me improve," He went on to say that he was ready to accept more tournament invitations in the future but his immediate priority was to focus on his studies as a law student .

The Sant Cugat event is part of the Alps Tour, one of Europe's four satellite tours, which form the third tier of professional golf on the continent. The leading players from the satellite tours progress to the Challenge Tour, or second tier. 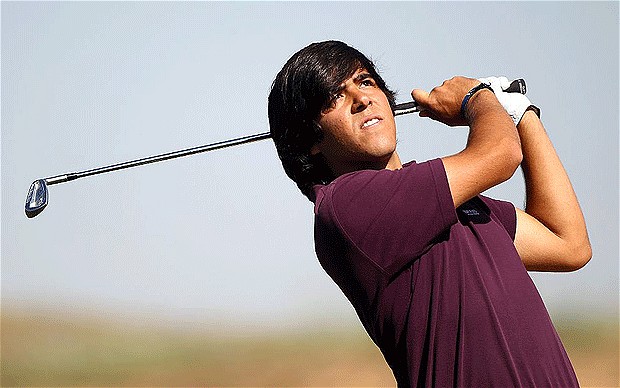