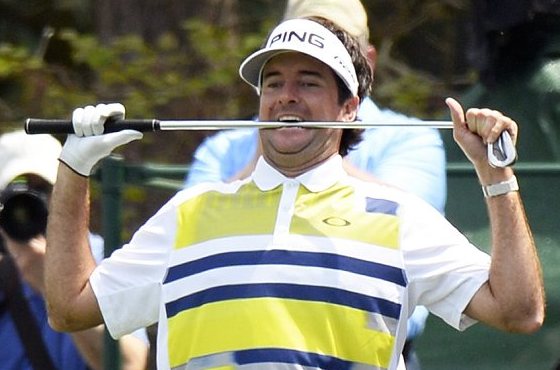 Bubba Watson turned on the class to win his second U.S. Masters title in three years after a final round 69 gave him a three-shot triumph in the opening major of the 2014 season.

Oakley staff player Watson temporarily trailed his last day playing partner Jordan Spieth before pulling clear on the back nine at Augusta to repeat his 2012 victory with an eight-under-par total of 280.

The 20-year-old Spieth finished in a tie for second at five-under with Sweden's Jonas Blixt, who was also making a outstanding debut at the Masters.

Watson kept calm when Spieth moved two clear on the front nine and a four-shot swing on the eighth and ninth saw him take a lead he never surrendered.

His victory was highlighted by an awesome 366-yard drive on the 13th to set up a two-putt birdie and a three-shot lead going into the closing holes.

The trailers were unable to make a persistent challenge to leave the 35-year-old Watson to savor another triumph at the famous tournament.

After tapping in on the 18th green an emotional Watson erupted into tears before embracing family members.

"I don't remember the last few I holes, I just remember hanging on to make pars," he said before donning the Green Jacket for the second time in the traditional ceremony.

Watson has been in good form on the PGA Tour leading into the Masters, claiming the Northern Trust Open in Los Angeles in February -- his fifth career win and first since his initial triumph at Augusta.

"The first one I felt I lucked into," he admitted. "A lot of hard work and determination went into this one," he added.

A host of golfers eyed victory on a tight leader board going into the final round, but the likes of Matt Kuchar and Puma’s Rickie Fowler were unable to pressure Watson and the American pair finished tied for fifth on two-under, a shot ahead of England's Lee Westwood.

Nike’s Rory McIlroy finished strongly with a three-under 69 for level par, but his hopes were ended by a poor second round.