Rose confident he can secure another major.... 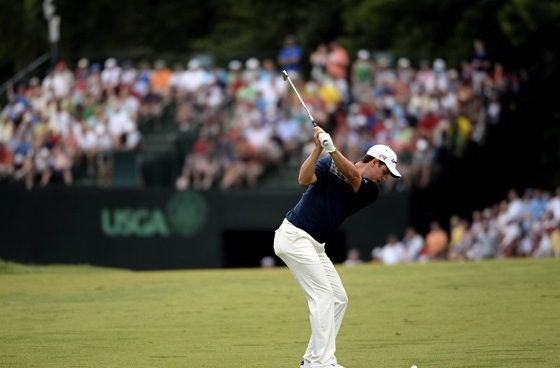 Justin Rose will head to the Open at Muirfield this week confident of claiming an historic major double.

Golfing legends Bobby Jones, Gene Sarazen, Ben Hogan, Lee Trevino, Tom Watson and Nike golfs Tiger Woods are the only men ever to have won the US Open and the Open in the same year.

But after last month's US Open win at Merion, the 32-year-old Englishman feels he can land a second major.

"If I go out and produce my best I will be hard to beat. That is what I know about my game right now," said Rose.

Rose told BBC Radio 5 live's Sportsweek: "I played the week after the event as US Open champion and there's no doubt the reception on the first tee was different and the reception from the crowd was different, all in a positive way.

"The great thing is, having won the US Open, if I find myself coming down the final stretch that's when I think it will pay off.

"On Thursday morning, there's a lot of work ahead of me and it probably doesn't mean much but if I get that sniff, if I get that chance, hopefully that's when I'll be able to draw on those positive experiences.

"If I go out there and put everything together, there's not many players can beat me. That's the exciting thing. If I go out and produce my best I'm going to be there or thereabouts."

However, Rose, who was presented with a rose gold four iron by sponsors TaylorMade in honour of his final iron shot on the 18th at the US Open last month, knows success will not come easily.

"I've proved myself, but Muirfield doesn't recognise me as a US Open champion and the golf course doesn't care about anybody's reputation," he added.

He added: "Turning up as US Open champion really doesn't give me any edge over anybody else because the golf course is your competitor. It's up to me to be as well-prepared as I can."

With the Open Championship just around the corner Rose’s former clothing sponsorship Adidas have launched another four limited edition golf shirts. All four shirts are now online at Function18 in the following colours; White/Chrome/Bluebonnet, Bluebonnet/Periwinkle/White, Periwinkle/White/Bluebonnet and Chrome/Periwinkle/Bluebonnet. Keep your eye out for all the Adidas staff players wearing them this week at the Open.