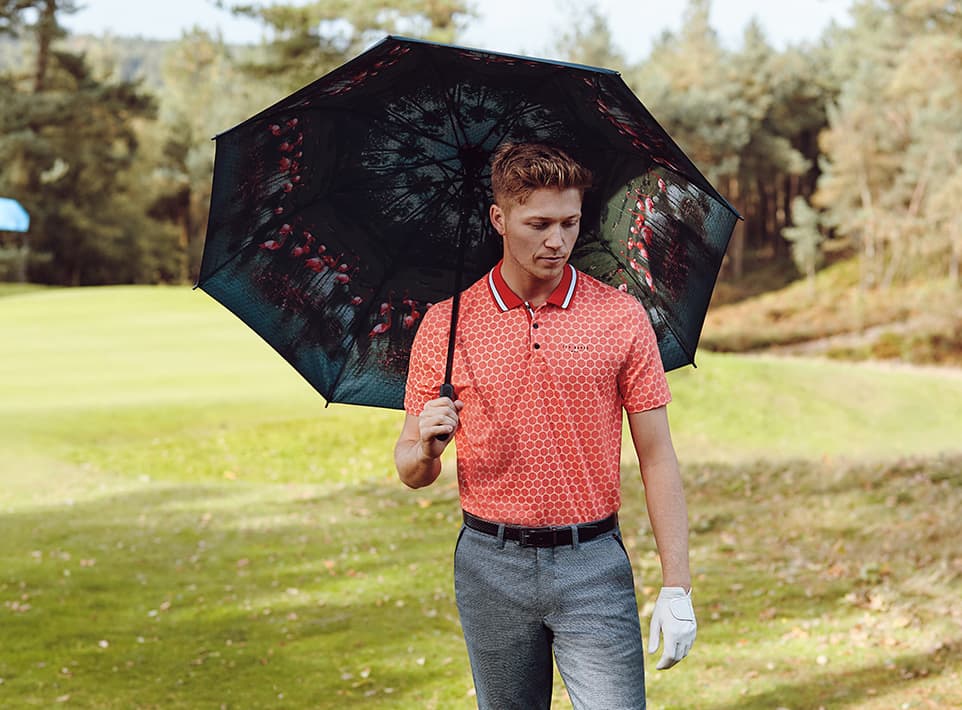 Ted has been keeping a close eye on the gentlemanly world of golf since the release of his first golfwear collection earlier this year. Impressed by the dedication and style of play of young golfer Richard Mansell, Ted decided to make him his first golf ambassador, just as Mansell turns pro.

Embarking on his first season as a professional Richard will be adding some style to his swing for all of his upcoming rounds dressed #TedtoToe in Ted Baker. The Staffordshire born 22 year old began his career in the pro ranks in August of this year, on the back of a successful junior and amateur campaign. Richard has spent time in America homing his game at University playing for the Nova Sharks, helping them to enter only their second championship in their 51 year history. 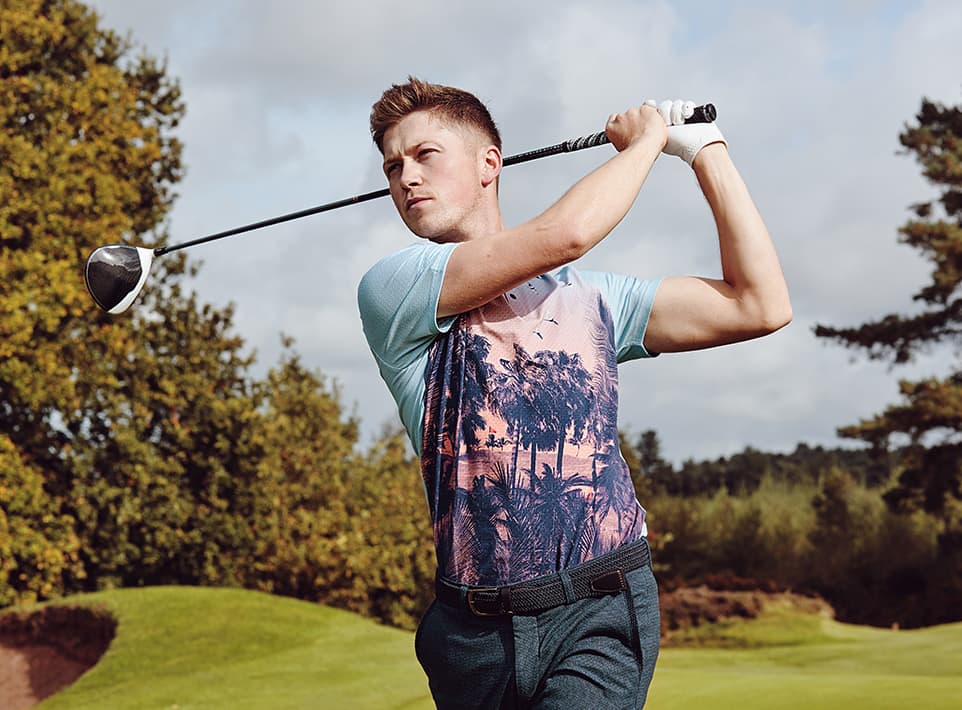 When speaking to 'Behind the Seams' at tedbaker.com Mansell said 'The most important part of my golfwear is my trousers. I'm tall yet skinny and traditional golfing trousers always tend to have a wider leg than I would like. Thankfully Ted Baker trousers solve that problem for me, as their fitting is slightly slimmer than the average golf trouser, with a more contemporary style'. 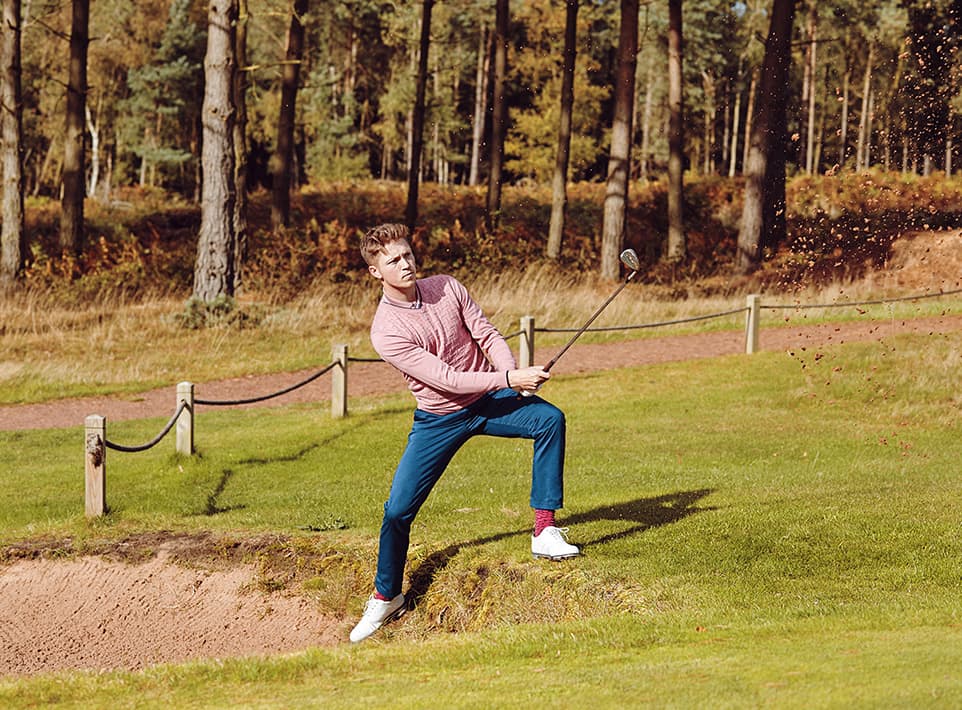 Richard boasts a best score of 58 when playing in a charity pro-am at Fort Lauderdale, joining an illustrious group of golfers to break 60. In 2018 (his first full year as a professional) he will be playing mostly in the UK on the EuroPro tour, trying to force his way onto either the Challenge or European Tour for 2019. 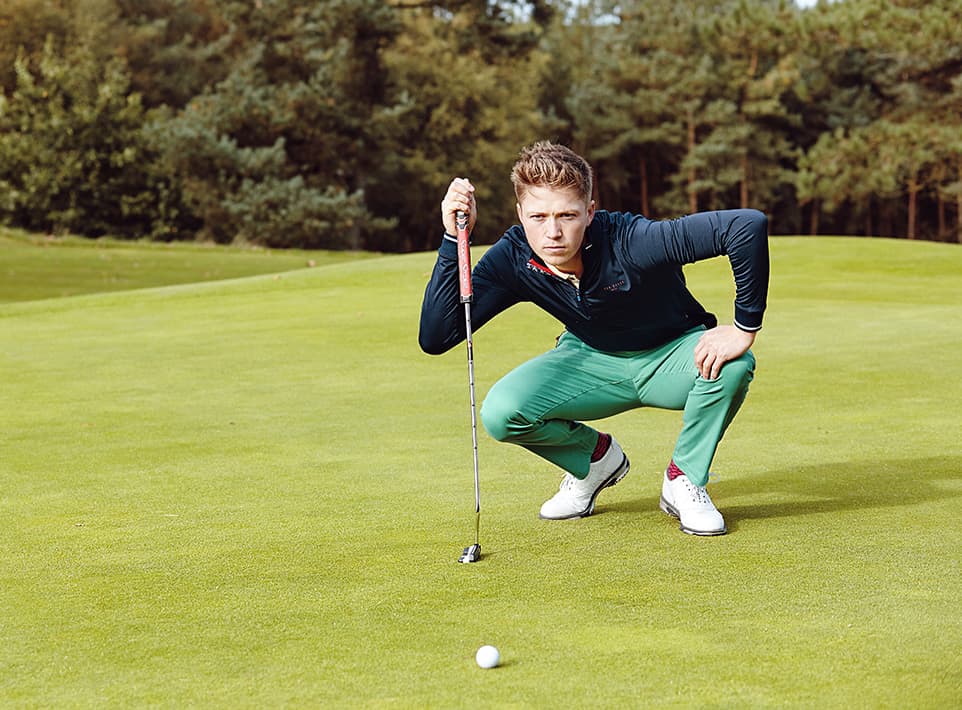 You can shop all of Richard Mansell's looks and the rest of the Ted Baker collection here.