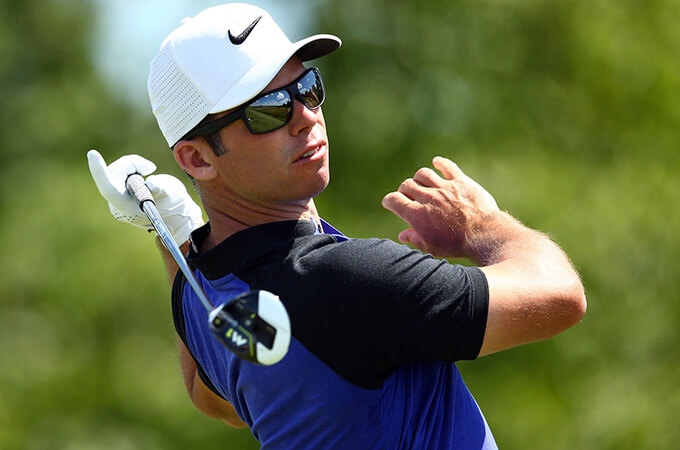 Never has the USGA been under more pressure than ahead of the US Open 2017. This has been somewhat self inflicted, on the back of two major controversies in as many years.

First was the decision to host at Chambers Bay in 2015, a golf course which the USGA scorched beforehand and had green surfaces so bumpy it wouldn’t have been fit for a monthly medal. Ian Poulter described them as ‘Simply the worst, most disgraceful surfaces I have ever seen on any tour’, a damning review.

Then the shambolic handling of the Dustin Johnson rules situation at Oakmont in 2016, which we feel the USGA could not have got more wrong. Johnson prevailed as winner, despite a one shot penalty which deflected some of the attention from the USGA’s cock up.

This par 72 golf course in Wisconsin opened in 2006, making it only 11 years old, and not a typical US Open venue. For a start, the US Open hasn’t been held at a par 72 since Pebble Beach in 1992, and the fairways are estimated to be around 50% wider than most other US Open’s. The course may come across as ‘Linksy’ but it isn’t by definition, the approach shots require the ball to come in from a height, rather than shots landing short and running up. The bunkering at Erin Hills is mostly natural which makes them look very unusual and can provide some very awkward lies. This US Open 2017 site is very windy with USGA executive director Mike Davis saying ‘It would be very unusual to have even a day go by where we don’t get some wind’. The greens have been described by Davis as ‘as perfect as I’ve seen US Open greens’. They are all made from one type of new hybrid grass, so don’t be surprised to see a lot of putts going in.

The worlds best players have arrived at Erin Hills this week and there was no shortage of Twitter and Instagram footage of the practice rounds. From Kevin Na having a whinge about the length of the ‘fescue’ calling for past US Open winners to get together and set up the major, which went viral. To Lee Westwood’s caddy Billy Foster crawling out of the long grass after ‘finding Lee’s ball’. John Rahm even refused to hit balls from the long grass during practice rounds in fear of injury.

On the back of these complaints and criticism from the players, the USGA sent out all of its resources, chopping down large areas of the controversial fescue. On the 12th hole, around 10 yards was mown down on the left of the fairway, as well as the par 5 14th where players saw a team of 30 strimming down the grass on the right hand side. And the fescue has even been stripped back on the 637 yard 18th hole which has one of the widest fairways in US Open history.

Rory McIlroy’s reaction to the news when he was told in a press conference was quite something. Rory said “We have 60 yards from left line to right line. You've got 156 of the best players in the world here, if we can't hit it within that avenue, you might as well pack your bags and go home, these are the widest fairways we've ever played in a US Open. Even the first and second cut is another 10 yards on top of that. So if you've got 50 or 60 yards to hit into and you're complaining about the fescue that's wider than that, I don't think that's an issue."