Under Armour Golf End The Season On A High 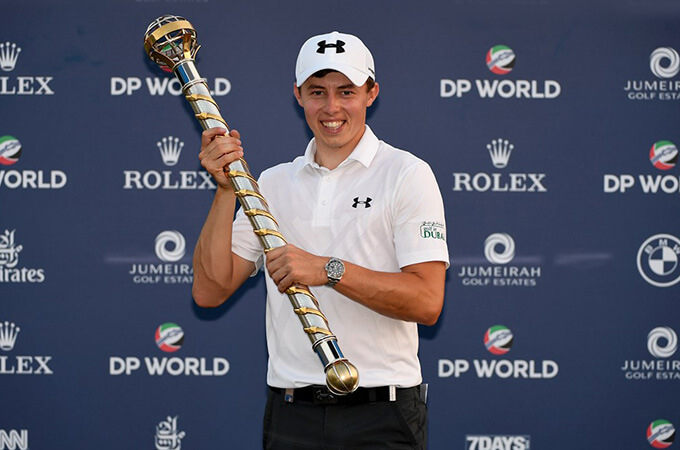 While the golf world congratulates Matt Fitzpatrick on capturing the DP World Tour Championship in Dubai, Jordan Spieth for claiming the Australian Open and Henrik Stenson for finishing top of the rankings in Europe, one of the sport’s leading clothing manufacturers has just as much to celebrate.

Under Armour Golf have had a huge week, with their marquee pro Spieth winning and Fitzpatrick claiming one of the game’s biggest titles.

Fitzpatrick Steals the Show for Under Armour Golf in Dubai

What made the 22 year-old Englishman’s victory so exciting was the way he snatched it from fellow countryman Tyrell Hatton.

Hatton had the tournament in his pocket on the 18th tee, particularly as he had just holed out from a greenside bunker to par the 17th. But his drive found water and he limped into the clubhouse with a 6.

Meanwhile, playing partner Fitzpatrick splashed out from a bunker and nervelessly holed out from four feet to win the title.

Who knows, maybe Under Armour Golf clothing gave him the comfort to relax as he stood over his putt in the desert heat of Dubai?

Whatever gave him the edge, Fitzpatrick has well and truly joined the highest ranks of the game, where he’ll join established stars like Henrik Stenson and Spieth.

World number four Stenson may not have won the battle in Dubai, but he won the war, triumphing in the Race to Dubai (formerly the Order of Merit).

Stenson can now sit back and contemplate a year that brought his first major title and second Race to Dubai, a silver medal in the Olympics and a win at the BMW International. Not bad for a man who turned 40 in April.

A Welcome Win in Australia for Spieth

In Australia, the world number five Spieth fought off tough competition from up and coming Aussies Ashley Hall and Cameron Smith as he won the Australian Open in a play off.

Spieth's famously steely determination was on display at Royal Sydney, where he started the final round with three bogeys in the first four holes.

It’s that kind of determination and will to win that draws Under Armour Golf to pros like Spieth, and Fitzpatrick seems to have exactly the same kind of attitude.

It will be intriguing to watch when battle commences in 2017, and you can bet that Under Armour Golf will be playing a major role when it does.