The most exciting Open Championship finishes... 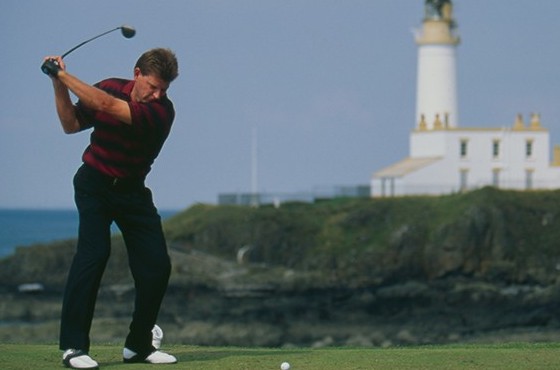 When the wind blows, the rain whips down and the pressure rises, the Open Championship 2014 could deliver an unforgettable climax.

At the Open, unassailable leads can dissolve and unheralded challengers can appear from nowhere as reputations are made and deconstructed. With the prospect of an exciting Open Championship 2014, here are some of the greatest finishes that the Open has seen.

In 1994, both Zimbabwe's Nick Price and little known Swede Jesper Parnevik went into the final round behind the leaders. But by the closing holes, the wind had whittled down the contenders to those two. Raising his game just when he needed to, Price birdied the last three holes, but even then he relied on Parnevik bogeying the last to give Price a one-shot victory.

Callaway's Paul Lawrie may have eventually won at the tough Carnoustie links in 1999, but the event was remembered for a final round meltdown by Frenchman Jean Van de Velde. Van de Velde was three strokes clear coming onto the final hole. Then, he took an aggressive option with a driver, found the rough, found the water, found the water again and then waded into the Barry Burn to try to chip out. Unsurprisingly he lost the ensuing play off. Hopefully the Open Championship 2014 won't witness such foolishness on the final hole.

Watson wins the "duel in the sun"

Tom Watson and Jack Nicklaus shared one of golf's great rivalries, and rarely was their battle as intense as at Turnberry in 1977. That year, the two were well ahead of the field and traded blows as the final round progressed. On the final hole, with Watson one shot ahead and facing a short birdie putt, Nicklaus played a fine approach from the rough and sank a long putt. But Watson held his nerve and took the Claret Jug in one of the greatest ever golfing tussles. Let's hope Tom returns after the Open Championship 2014.

Bobby Jones wields his mashie to win in 1926

The Open Championship 2014 may see players hitting 200 yard 7-irons. However, back in 1926, a 175 yard shot from a sandy lie was not just difficult, but mind-bendingly hard. Faced with needing to match an opponent who was on the green with a makable putt, Bobby Jones pulled out his mashie on Lytham's 18th hole and smashed an iron to a few feet. He sank the putt, rival Al Watrous missed his, and the Championship was Jones'.

Rocca escapes the Valley of Sin, but falls to Daly

Charismatic Italian Costantino Rocca thought his chances of forcing a lay-off had vanished in 1995 when a duffed chip on St. Andrews' 18th hole trickled into the famous "Valley of Sin." But he rolled his sleeves up and sank the resulting 65 footer before memorably falling to his knees in amazement. John Daly easily won the play-off, however.

Links golf can be unpredictable and mentally tough, leading to thrilling finales. If the wind blows at Hoylake, the Open Championship 2014 will be no different.