Europe’s Ryder Cup stars are planning to honour Seve Ballesteros by wearing a uniform of navy golf trousers, navy golf sweaters and white golf shirts for the 12 singles matches on the final day of the contest, emulating the ensemble that the late Spanish legend always wore for the final round of major championships.

The tribute has been designed by European captain José María Olazábal to honour his close friend Ballesteros, with whom he formed such a dominant partnership in this competition and who tragically died last May aged 54 after a long battle against brain cancer.

Scotsman Paul Lawrie, preparing to make his second Ryder Cup appearance as the Europe team began assembling in Chicago, said: “I don’t know for sure, but the word is that we’re wearing navy and white, just like Seve always did in the majors. I think that will be our singles outfit.

“I don’t know for certain, but a few of the boys have mentioned it. If that is indeed the case, then there could be no more fitting a tribute to a guy like Seve than having 12 of the best players in Europe wearing his colours on the final day of the Ryder Cup. If that’s how they’re going to do it, then it’s absolutely bang on.”

Two former American captains were stirring up the Ryder Cup rivalry on Monday night, with one predicting Rory McIlroy lacks competitive fight and the other that Europe tend to rely excessively on one man.

Paul Azinger criticised McIlroy on the social network Twitter, saying: "Rory has that youthful enthusiasm, he’s going to be the most fun guy in the locker room. But he can slump his shoulders. If he loses two matches that first day, the whole dynamic in the European team room changes.” 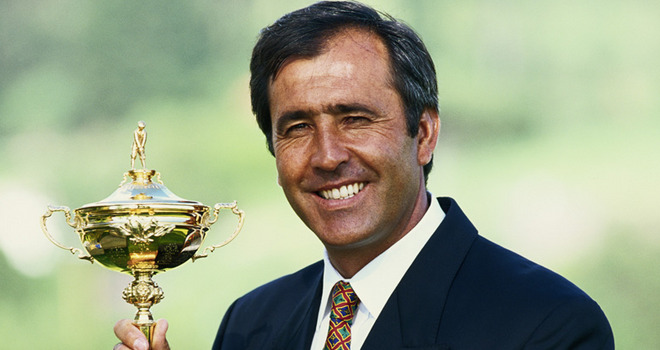