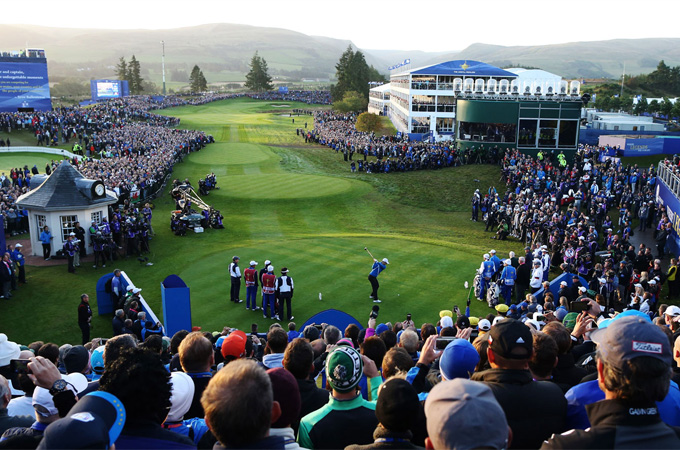 Golf fans – let battle commence. The Ryder Cup 2016  is ready to begin, pitting the finest golfers in Europe and the United States against each other in one of sport’s most dramatic contests.

Since 1995, Europe have won 8 out of 10 heading in to the Ryder Cup 2016, so if form is any guide, they should be the big favourites. However, on paper the Americans have the stronger team. But, as previous matches have shown, pedigree is irrelevant in the heat of the battle.

This year’s event takes place in Minnesota at the Hazeltine Golf Club. Hazeltine’s front 9 plays tough, but it’s on the back 9 that things become interesting. Look out for the 572 yard 16th, with its risk and reward aspect and the par 3 17th, with its demanding tee shot to a tiny target. These are the holes where the Ryder Cup 2016 could be won or lost.

Can Europe Pull off another Sunday Miracle?

Much has been made of the European rookies, and the final result may well come down to how they're able to handle the pressure. Seasoned veterans like Rory McIlroy, Justin Rose and Lee Westwood have seen it all before, but how will Europe’s six rookies deal with the occasion?

There’s no doubt that big-hitting Thomas Pieters, ebullient Andy Sullivan and young Matthew Fitzpatrick can win golf matches, but when it comes down to the Sunday afternoon singles, will they be able to square up to big names like Dustin Johnson and Jordan Spieth?

Europe will be relying on the star power of their major champions Henrik Stenson and Danny Willett, the newly crowned Fed Ex Champion Rory McIlroy and the Olympic Champion Justin Rose. If they can calm the nerves of the novices, anything is possible.

One of the Strongest U.S. Teams in Years

Europe's task is formidable. After their recent defeats, the U.S. went back to the drawing board. Veterans like Tiger Woods, Davis Love and Phil Mickelson formed a 12-man “task force” to mould an unbeatable team. This time, they are really taking the event seriously.

Then again, Jack Nicklaus has suggested that the task force represents “overkill.” Lee Westwood feels the same, calling it a “big pat on the back for Europe” that the Americans are so desperate to win. Over-thinking and the desire to win could cause the American stars to freeze, while the European underdogs go under the radar and play their natural game.

It’s not always easy to play golf in front of your own fans either. While the Americans benefited from strongly partisan support at Brookline in 1999, big galleries and raucous fans did them no good at Medinah in 2012, when they crumbled on the final day.

Fashion-wise, the Ryder Cup is often more famous for its garish team uniforms than any stylish outfits. This year will probably be no exception. However, look out for the footwear being worn by big stars like Puma's Rickie Fowler and Nike Golf's Rory McIlroy.

Adidas Golf have launched a range of Tour 360 Boost shoes to coincide with the event. You can find the rest of the range at the Function 18 website. The standout European and American branded shoes, both feature the kind of comfort, support and breathability that Adidas shoes are known for.

If you want to show off your team allegiance or need a cutting edge pair of shoes, give them a try. In any case, settle down on the sofa and get ready for a monumental contest.