"If they make changes to the Old Course at St. Andrews they are insane," Poulter tweeted. "The course is great just leave the winning score up to mother nature."

The R&A have recently announced changes to several holes that will take place in advance of the 2015 Open Championship. A new tee on the famous seventeenth hole was previously put into place for the 2010 Open, a minor change with which Poulter took also took issue.

"They totally screwed up the 17th hole last time," he continued. "The might as well move the 11th green into RAF Leuchars air base, that's basically what they did with the tee box at 17 last time."

The planned changes would mark the first significant adaptations to the Old Course in nearly 70 years, according to the report. The alterations are scheduled to take place in two phases, with the second wave completed in early 2014.

R&A chief executive Peter Dawson noted that the changes are designed to influence players to be more accurate with their shots moving forward.

"The championship committee felt there was an opportunity to stiffen its defenses in some places to ensure it remains as challenging as ever to the professionals," he explained according to the report.

Poulter continued to voice his opinion to more than 1.4 million followers on Twitter.

"I know let's draw a moustache on the Mona Lisa I'm sure everyone would like that," he wrote. "Same as messing with a great course (like) St. Andrews." 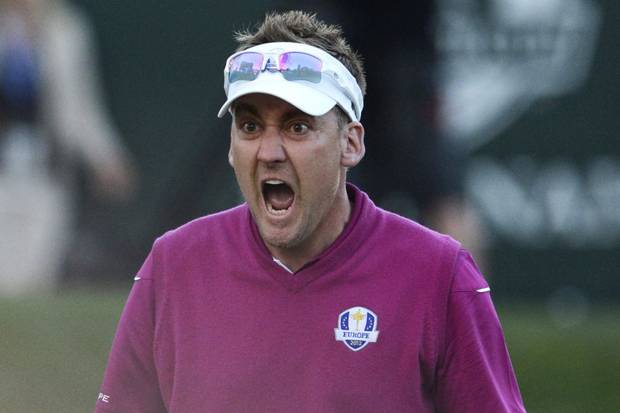