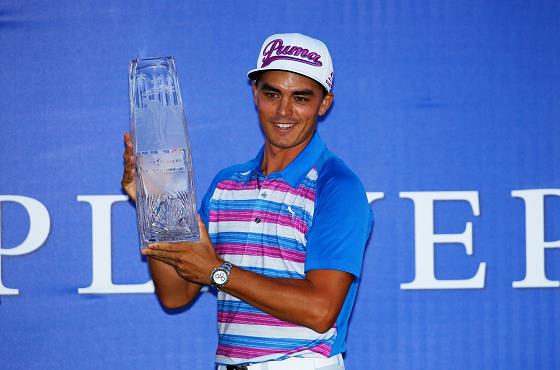 Rickie Fowler is one of golf's living legends, and he also gets a lot of attention for his wardrobe. So how can you take inspiration from the Fowler wardrobe and dress like a pro?

Generally regarded as one of the nicest guys in golf, Rickie Fowler has already had a stellar career. At the age of just 26, he has two PGA tour wins under his belt, the 2012 Wells Fargo Championship and the 2015 Players Championship.

He has also been a member of the U.S. Ryder Cup team in 2010 and 2014. Fascinatingly, although he has been playing golf since the age of three, he actually did it as a second choice originally, until a dirt-bike accident forced him to rediscover his swing. Today he is famous for his all-out swing, warm personality, charity work, exceptional golfing talent and his bold and colourful wardrobe. 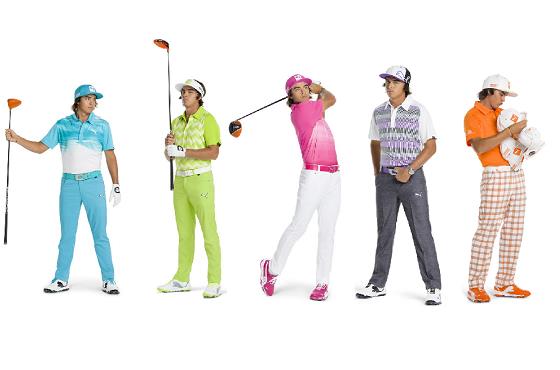 The Man in Orange

But why the orange? Well, Rickie has always been associated with the colour from the days when he was a student at Oklahoma State College. Their colour is a bright orange shade, and he has adopted it ever since - so much so that the shade is now ever present in the Puma collection in honour of his devotion.

It's testament to Puma's admiration of the great golfer that they were prepared to associate their sports clothing brand with someone who has previously been accused of getting dressed in the dark. However, nowadays Fowler is notably more stylish - probably thanks to his sponsors passing on their style tips, he is also sponsored by Rolex. Whatever his style credentials, Rickie will always have a legion of fashion fans.

Rickie wears high-quality, sports-engineered clothing that is designed specifically for his sport. He favours Puma golf clothing and can be seen sporting Puma shirts and caps even when he's off duty. The Puma style certainly suits his Californian look.

Rickie Fowler is a natural ambassador for Puma Golf, and the association has worked nicely for the brand with Puma's Spring Summer golf clothing collection being extremely well received by the sporting and fashion world press.