The Baltusrol Golf Club which plays host to this year’s USPGA has 36 holes, the Lower Course and the Upper Course, with the Lower hosting this year. The property is situated 20 miles west of New York City and was founded 121 years ago.

Baltusrol last hosted the PGA Championship in 2005, when Phil Mickelson prevailed at -4 for the 72 holes, winning the Wanamaker Trophy. Baltusrol has also hosted the US Open 7 times and the US Amateur Championship 4 times.

What is it going to take to win

The back 9 at Baltusrol will present an opportunity for the players to make some birdies, with 3 of the 4 easiest holes coming on the final stretch in the 14th and 18th. A tough long par 3 (230 yards) awaits at the 16th, with a monster par 5 (649 yards) to follow at the 17th. The back 9 yielded 262 more birdies and eagles than the front 9 the last time the PGA Championship was held here.

The worlds best will all be at Baltusrol this week and hoping to clinch the final major of the season. The bookies’ favourite, Adidas’ Dustin Johnson, could potentially reach the world number 1 spot with a victory and is in great form with his last 6 finishes being top 10s. For his last 6 tournaments, DJ has an average driving distance of 320 yards and has hit 70% of greens in regulation. Jason Day, also an Adidas ambassador, will be hoping to defend his title. An out of form Jordan Spieth, representing Under Armour, will be trying to salvage his 2016 Major Championship campaign.

However, with a premium on driving, it’s got to be hard to see past Nike’s golden boy Rory McIlroy. He seems to finish in the top 10 every week with ease, so if he gets the putter hot then he could leave the rest behind. 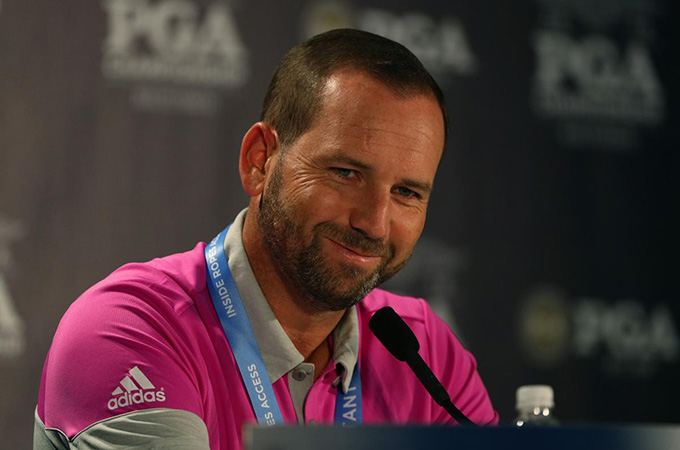 Here at F18, we would love to see Adidas veteran Sergio Garcia continue his run of form and clinch his first Major title, joining Major first timers Dustin Johnson, Henrik Stenson and Callaway's Danny Willet and shedding the title of ‘best player to have never won a major’.