Nike to launch their own Tartans

NIKE golf clothing have registered their own tartan in tribute to golf’s Scottish roots.

Some of the Nike’s Top players will turn out in the official plaid – woven at Lochcarron of Scotland in Selkirk – ahead of the 2014 Ryder Cup at Gleneagles.

The Nike Golf Dark plaid has distinctive red stripes over grey, black and white checks. Nike Golf have also designed the Light range - a toned-down version of the same design listed on the Scottish Register of Tartans.

Now Nike-sponsored stars, such as Tiger Woods & Anthony Kim, are set to follow in the sportswear giant’s trousers, caps, visors and sweatshirts.

Notes accompanying the registration say the Nike Golf Tartans were designed and produced to “respect, reflect and connect Nike products to the heritage and culture of the game”.

Nike have also lodged a special clause within their registration which states that only “customers of Nike Golf and Nike Inc” have the right to wear the tartans.

It is also understood some of golfs top stars will help launch a Scots-themed clothing range this year.

Former world No1 Woods has been under contract to Nike since 1996 in a deal thought to be worth more than £150million.

Ian Poulter is not a Nike player but his spokesman suggested his golfer’s collection may have inspired the designs.

He said: “Ian has led the way in broadening the appeal of tartan on the golf course.

“Anyone who creates a path will have others following.” 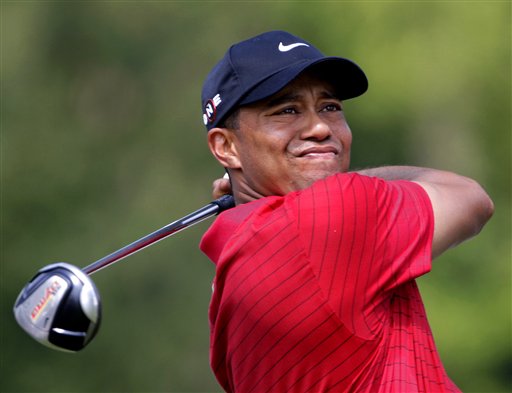