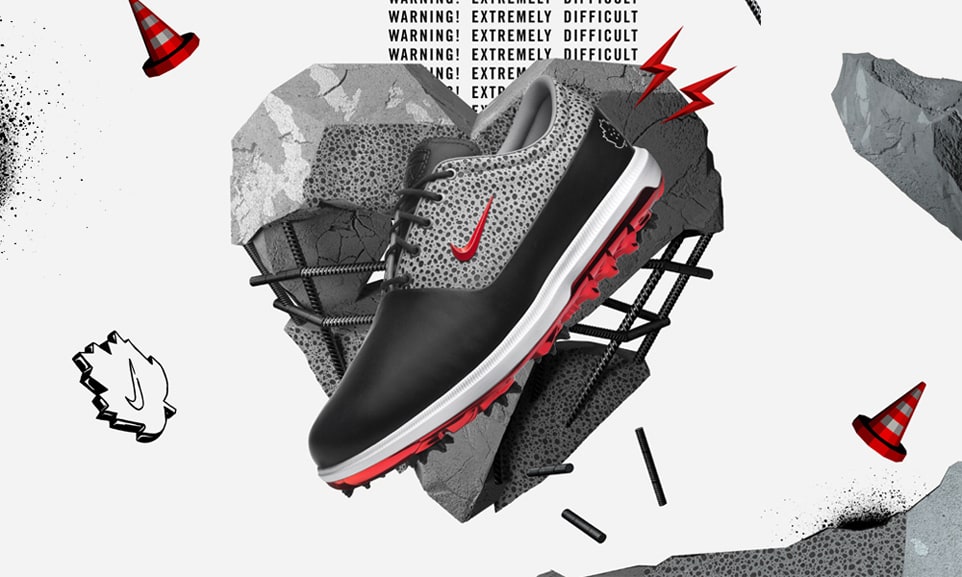 It wouldn’t be a Major Championship without Nike Golf releasing a limited edition line of their latest footwear and online hype has peaked about this drop, Nike Safari Bred.

The Nike Safari Bred Pack is a homage to the nickname Bethpage Black that was given by A.W Tillinghast (course designer), the ‘Black Leopard’. Nike Golf have taken inspiration from this nickname and designed the footwear with a spotted print, creating a bold and striking look. Alongside the colour scheme of black, red and white, there are call outs to the warning sign that players see as they stride to the first tee.  At the heel of each shoe is a logo which signifies Bethpage Black as a NY State Park.

Exclusive to Europe, the Nike React Vapor 2 golf shoe provides the perfect platform for these limited edition designs and is our favourite style in the Safari Pack.  The metallic red Nike Swoosh and sole stand out against the dark leopard print and black upper, and the Nike React technology delivers an extremely smooth and comfortable ride.  Nike Athletes will debut this style at the PGA Championship at Bethpage Black this week. 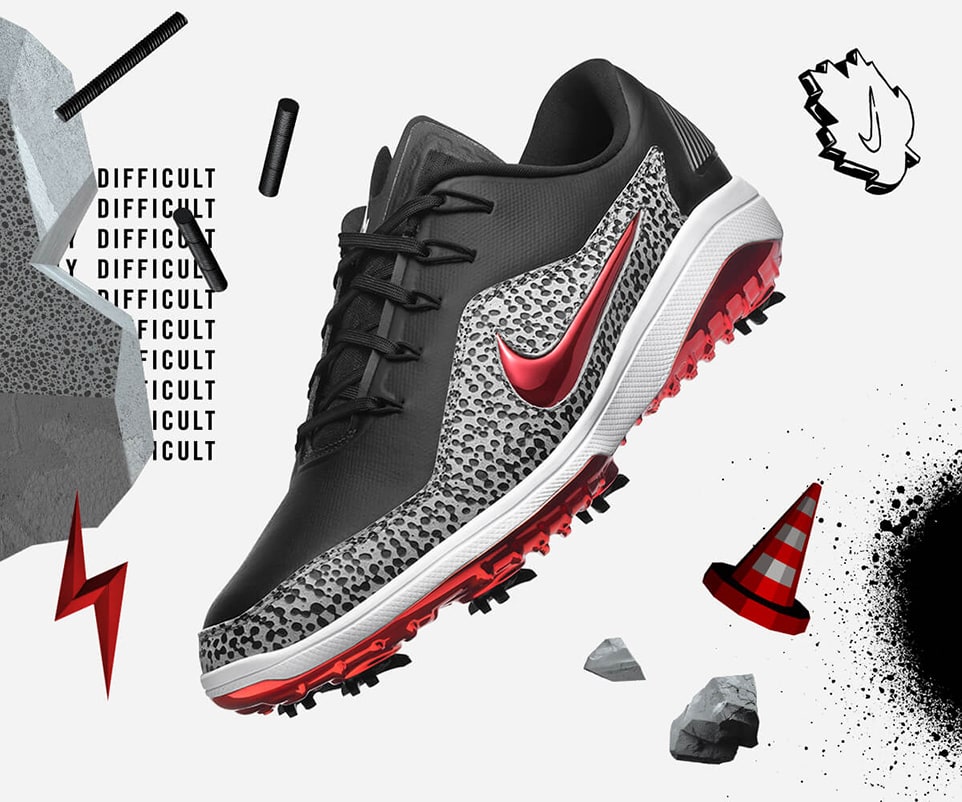 Only for the brave, the Nike Roshe G features a complete leopard print upper making it the most imposing of the collection.  Tommy Fleetwood and Paul Casey are likely to be wearing the Nike Safari Bred Roshe G Tour special edition in all rounds to confront the challenge of Bethpage Black. 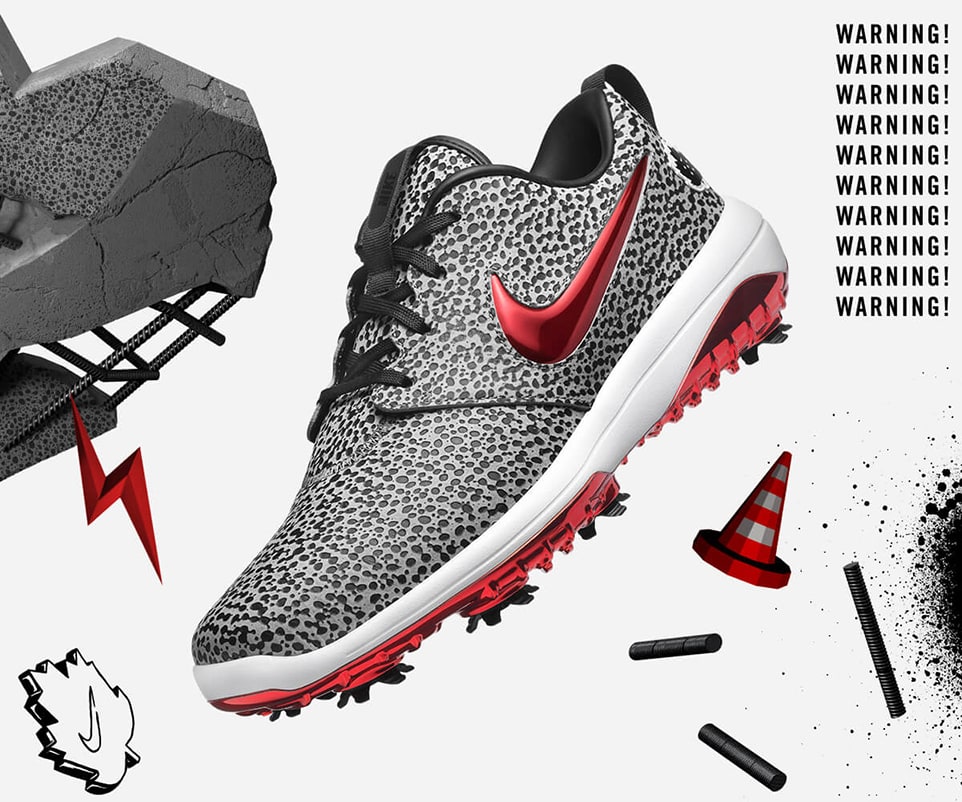 Unsure if this shoe could get any better, the Safari version of the Air Max 1 G takes a hugely successful style and trumps it. The leopard print and black/red/white colour scheme compliments the iconic silhouette to a tee. Nike athletes, Jason Day and Tony Finau will introduce these shoes to the fairways next week at Bethpage Black. 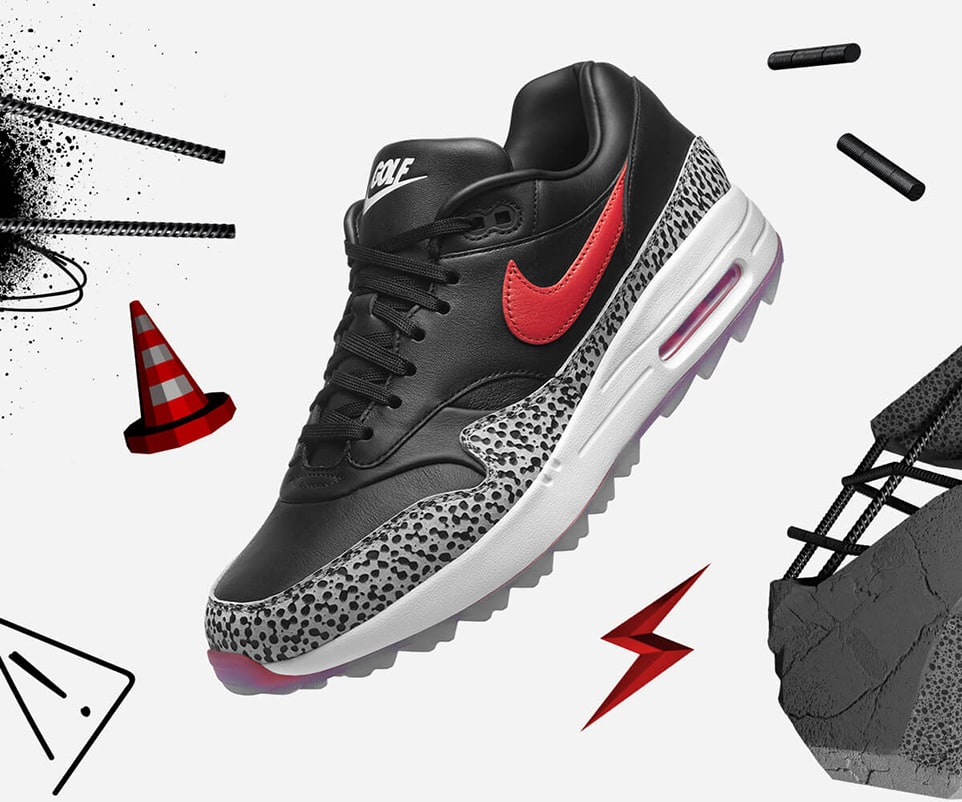 Introducing the Air Zoom Victory Tour to Function18, a classic premium leather shoe paired with the safari print to give a sophisticated design with a twist. Like the React Vapor 2, Tour Premiere and Roshe G Tour this Nike Safari Bred shoe is finished with the striking metallic red swoosh and sole.  Look out for these on the feet of Rory McIlroy at the PGA Championship 2019. 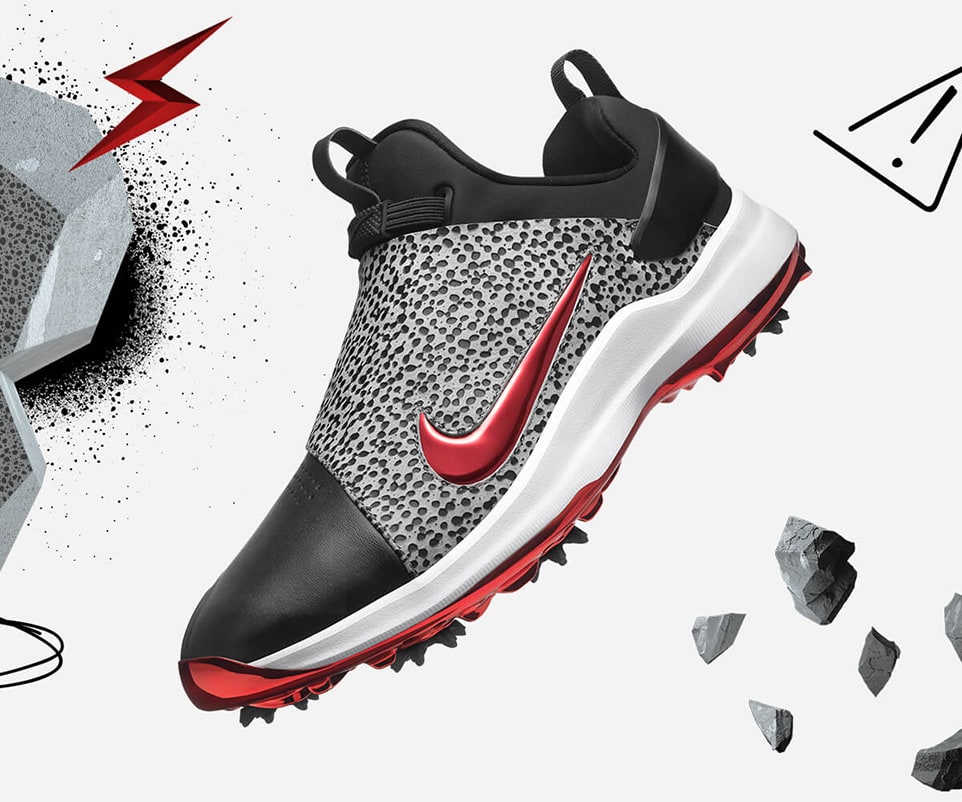 All five styles will be available to buy here on Thursday 16th May from 8am BST.