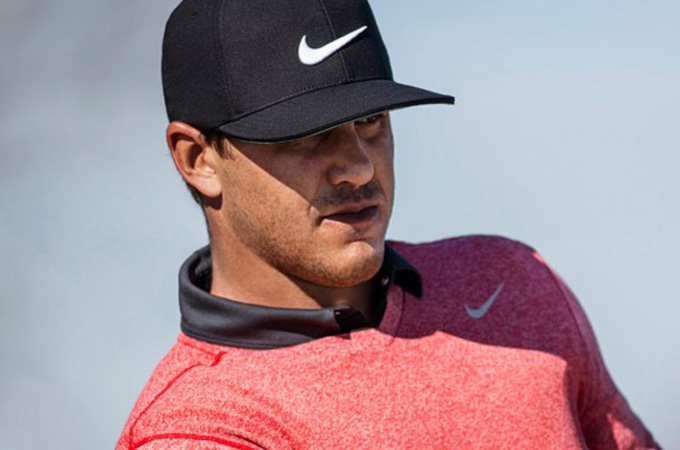 Nike Golf make a point of trying to sign up the next generation of golfing superstars before they have hit the big time. They were the first major brand to associate themselves with Tiger Woods, and they saw the same star qualities in Rory McIlroy at an early stage.

So when Nike Golf announce new additions to their roster, you can be sure that they have the potential to go onto bigger things.

New Additions to the Nike Golf Stable in 2016

Finau currently sits atop the PGA driving averages table, with a massive 314.9 yards per drive, leaving even Dustin Johnson in his wake. His easy, relaxed swing produces vast power, a result of a naturally athletic frame and plenty of lag.

Koepka is no slouch in the driving stakes either, currently lying 15th on the list, at 304.8 yards. Blessed with the same tall, slim but muscular physique, Koepka seems to boom out drives with hardly any effort. Like Finau, underneath his Nike Golf clothing, he has the muscles to back up the kind of finesse that Tour pros almost always possess.

Nike Golf have probably called their signings right – both players have “future major winner” stamped on their CV. Koepka has risen the hard way, spending a few seasons sampling life on the European Tour before earning his PGA Tour card. Stateside, he only has a single win to his name at the moment, but more are sure to follow.

Finau has burst on the scene in the last year, before earning his first win in Puerto Rico in March. Before that, he rose through the college ranks as so many accomplished Americans do. Now, he has started to generate the crowds that Woods and Mickelson used to collect, mostly due to his happy go lucky style and languid, brutally powerful swing.

Both Koepka and Finau are great examples of where professional golf is heading. They have gym-built bodies, just like Woods and, more recently, Rory McIlroy. Their fitness levels are comparable to athletes, which wasn’t always the case in the past, and their power comes from blending their muscle with a finely honed technique.

It’s a sign that Golf is moving into a new era, one where younger players (or at least players who dedicate themselves to physical fitness) have a huge advantage. That’s where Nike Golf have put their money – betting that golf fashion will follow the trend, and golfers around the world will be inspired by the lifestyle of the modern pro.

Nike’s range of shirts, trousers and footwear show are designed to be worn by golfers like Finau. That’s where they look their best, after all. But it remains to be seen whether these two exciting talents will emulate previous Nike heroes and enter the winning circle at the Majors. Nobody at Function18 would be surprised if they do, and soon.