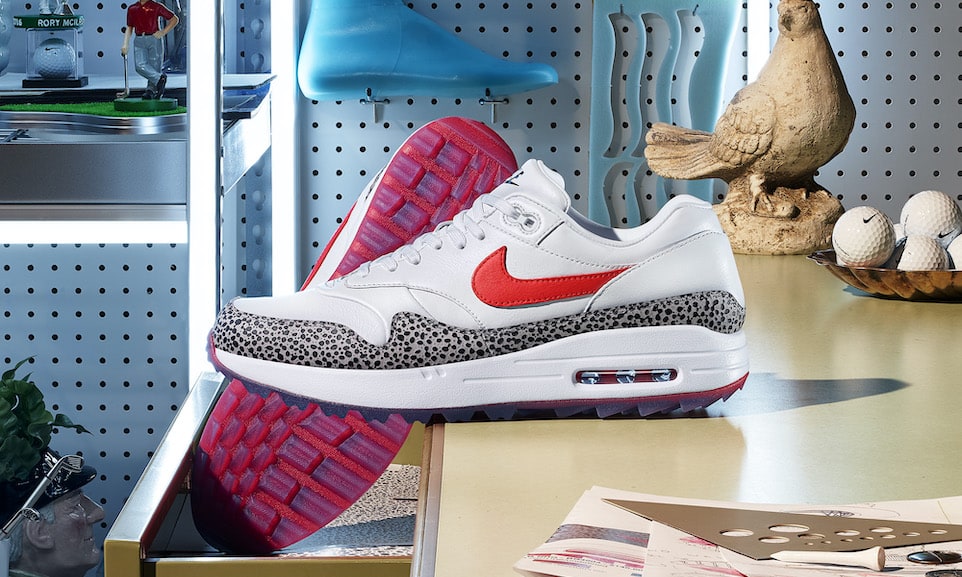 Hidden away behind closed doors at Nike Golf is an exclusive collection of footwear and some of their designer's most prized creations, the Air Max 1 G Tour Issues. Hand-picked for their style and exceptional craftsmanship these shoes have been privately held back by their creators and only seen on the feet of Tour Professionals, until now.

Two limited edition versions of the Air Max 1 G will drop on the 2nd December 2019 for Cyber Monday. Both pairs being the Tour Issue versions of the previously seen 2019 NRG packs, and based on two enemies of the course. These releases created a huge amount of hype when first seen at Major Championships.

The Safari pack was a huge hit earlier in the year during the PGA Championship, where Brooks Koepka claimed the title wearing Tour Issue Safari Bred Nike Tour Premiere shoes. Jason Day and Tony Finau both wore the Air Max 1 G Safari in white (Tour Issue) at Bethpage Black and six months down the line, they will finally be available to buy here at F18. 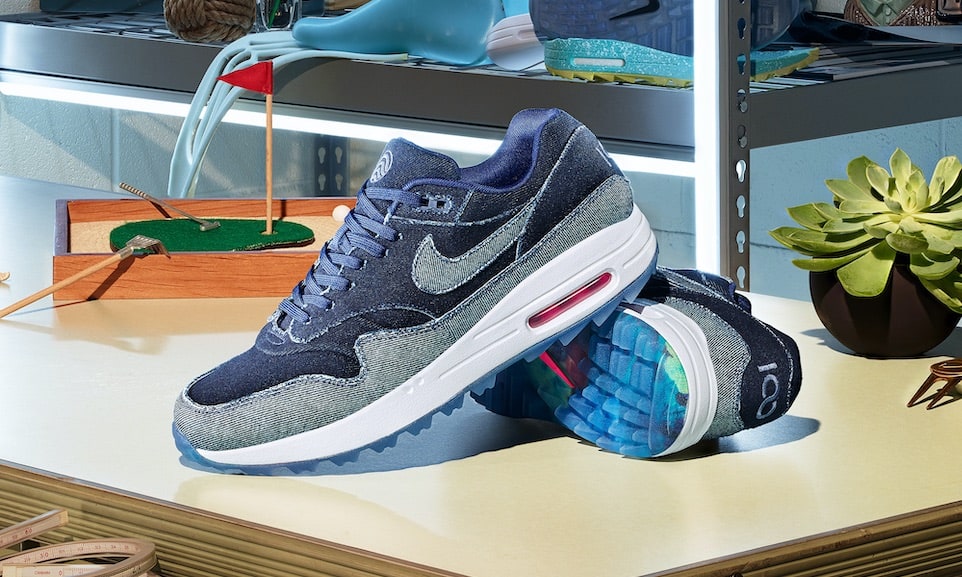 At this years US Open in June, Nike dropped another limited edition range of footwear. The No Denim Allowed Pack, which featured heavily on the feet of the top Nike athletes at Pebble Beach, and now the Tour Issue all denim will be on sale very soon. Setting out to rebel against the strict dress code associated with the game of golf, this Tour Issue features a full denim upper. Nike wanted to give the game a much needed breathe of fresh air and push the boundaries of golf footwear and apparel, all '4 The Love Of Golf'.

These Air Max 1 G NRG golf shoes come with the same high levels of grip through the integrated traction pattern. The outsole flexes with your foot and the Max Air heel unit provides lightweight and responsive cushioning.