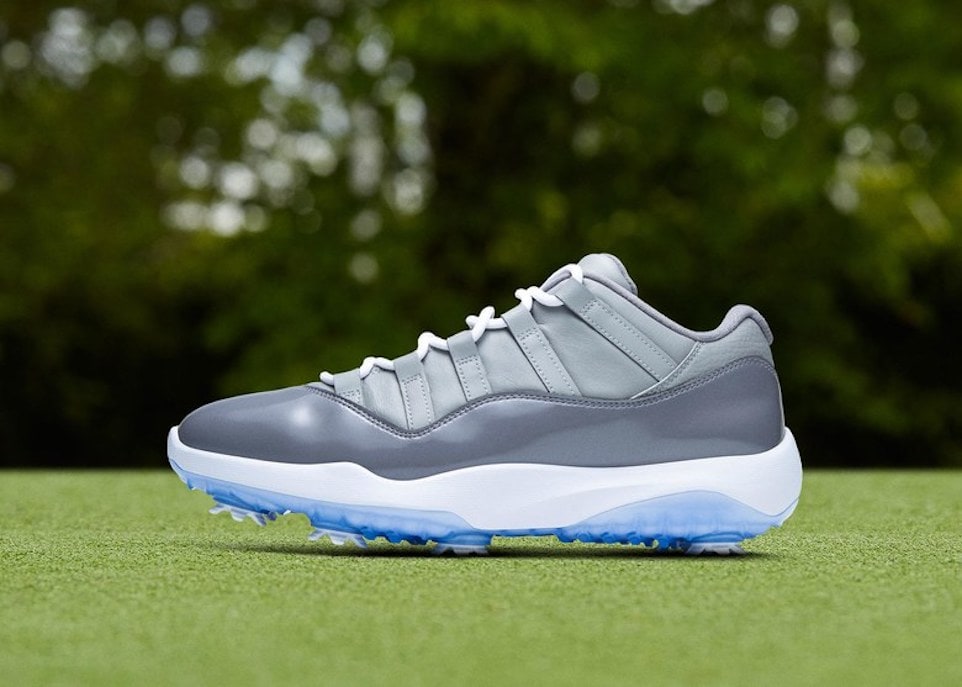 Nike Air Jordan 11 Low 'Cool Grey' Golf Shoes are the freshest release from the Air Jordan franchise, and will drop on Friday 22nd November at 8:00 GMT.

This silhouette is widely regarded as the most beloved of all the Jordan releases, not least by the designer himself. Tinker Hatfield, the man behind the shoe, listened to Michael Jordan when he requested a patent leather sneaker, something versatile that worked as well for the court as it did for a formal event. That was Hatfield’s brief and the Air Jordan 11 was born. 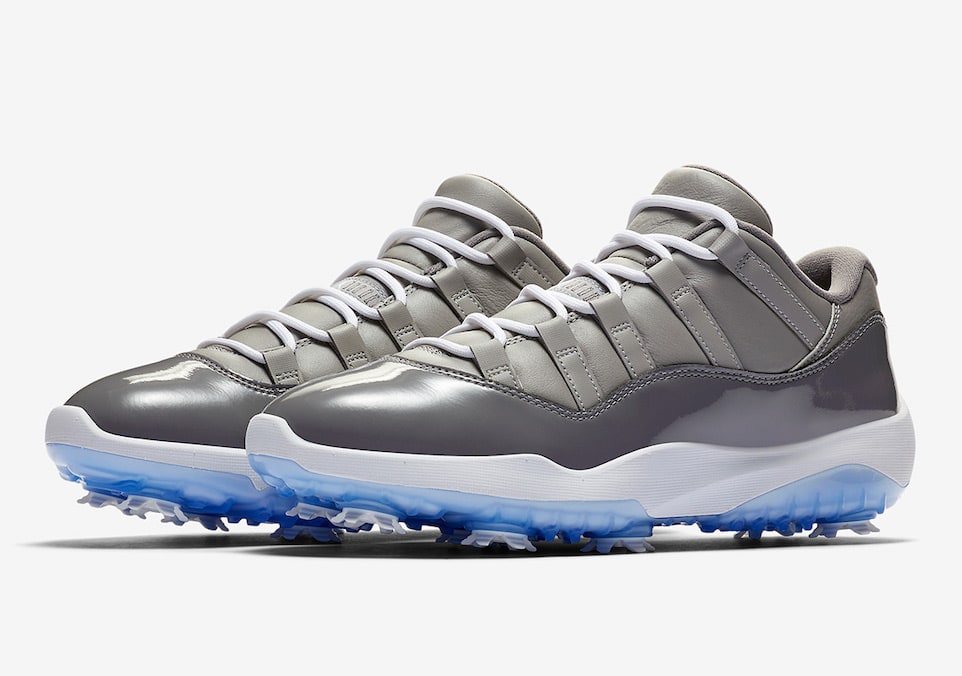 MJ wore the Nike Air Jordan 11 during the play-offs in his 1995 comeback season, and throughout the Bulls 95/96 Championship winning season.  Off-court he gave them a starring role in Warner Bros blockbuster hit ’Space Jam’. 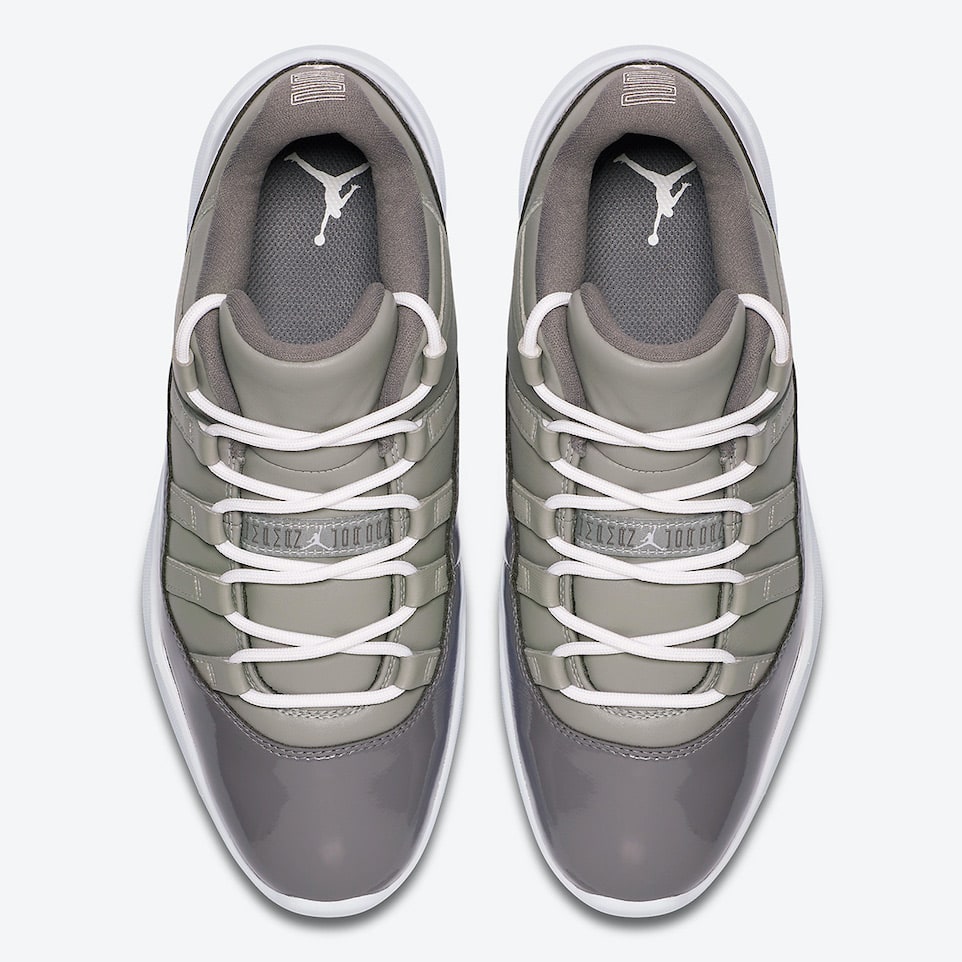 This ‘Cool Grey’ colourway was originally released in March 2001, and was worn by MJ during his time as a Washington Wizard. 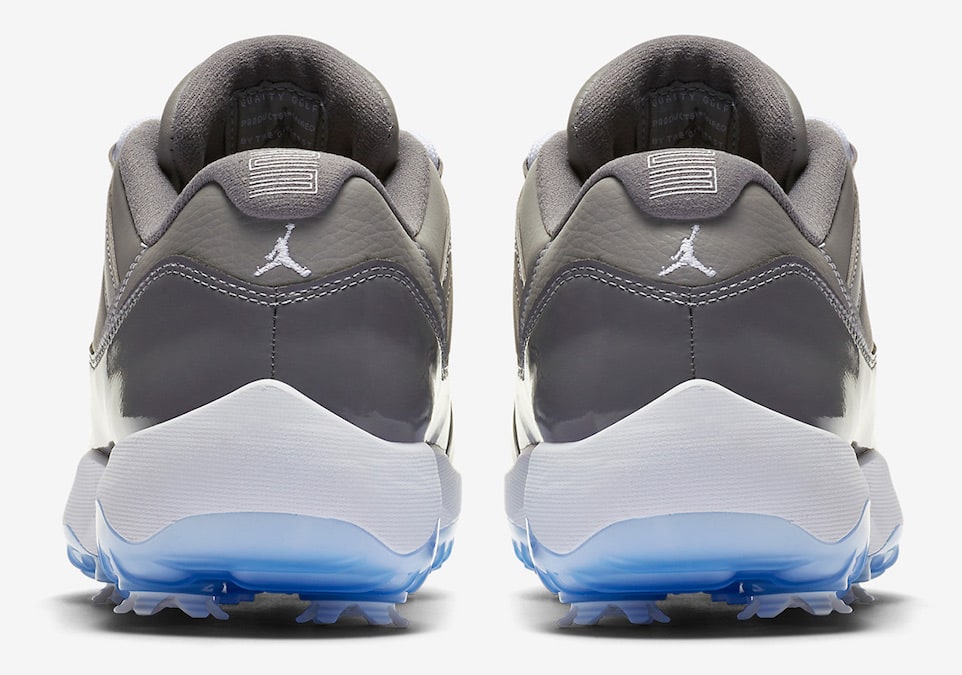 This Nike Air Jordan golf shoe features the Jumpman design trademark on the tongue and lateral heel and is built on a revolutionary hybrid outsole design that features 'Integrated Traction' under the balls of your feet.  Removable spikes give the shoe versatility for off-course wear.