Former basketball legend Michael Jordan said he did refuse to change out of cargo shorts while recently playing golf at a Miami Beach country club, but he said he was hardly being a rebel.

"I've been there many times and no one told me a thing," Jordan told ESPN Chicago by text. "Then all of a sudden they come to me on the 11th hole and say I can't wear cargo shorts. Wow! The round is almost over and you want me to buy shorts now? Yeah, right!!"

After declining to change, Jordan apparently continued his round, but it could be his last at the club. A report in the New York Post quoted a source saying that Jordan, a Chicago Bulls Hall of Famer and owner of the Charlotte Bobcats, would not be invited back.

A spokesman from La Gorce Country Club said its president was on holiday and declined comment at this time. A member of staff in the pro shop said that required attire is: "a collared shirt and golf shorts or trousers, no cargo or denim. If there are pockets on the outside, it's not allowed." 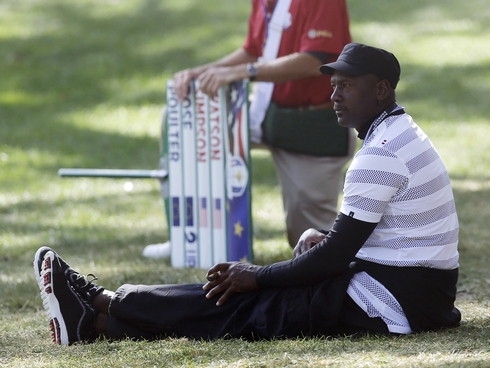