Mcilroy in the zone!

Golfers often talk about the rare luxury of being “in the zone” and Rory McIlroy readily admits his good fortune in having twice occupied that territory on his way to victory in two of golf’s biggest events.

The Northern Irishman clinched his first major title by a remarkable eight shots in last year’s U.S. Open at Congressional and then replicated that winning margin as he fired across the finish line in last month’s PGA Championship at Kiawah Island.

“You can call it a trance or you can call it getting in the zone. For me, you’re just very confident,” world number one McIlroy told reporters on whilst getting ready for the BMW Championship.

Asked how he handled being in the zone, McIlroy replied: “The most important thing when that does happen (is) you have to realise it’s happening and just get out of your own way, just play one shot at a time.

“When you’re mentally in a great place, you just go with it and keep it going. But I don’t care if I win by one like last week or if I win by eight like at Kiawah or Congressional. As long as your name goes on that trophy, that’s all that matters.”

McIlroy will put on his Oakley golf clothing and tee off in Thursday’s opening round at Crooked Stick Golf Club in pursuit of his fourth PGA Tour victory this year, and what would be a third in just four starts.

“I’m excited. I feel like my game is in great shape,” said the 23-year-old superstar.

“I can’t really rest or dwell on what I’ve done last week. I want to come out here and try as best I can again and put myself in the best possible position going to Atlanta.”

The BMW Championship is the third of four in the PGA Tour’s FedExCup playoffs and only 30 players will qualify for the September 20-23 Tour Championship finale in Atlanta where the overall points winner pockets a $10 million bonus.

McIlroy has been grouped with 14-times major champion and Nike endorsed Tiger Woods, and also American Nick Watney, for the first two rounds at Crooked Stick, a marquee pairing he regards as “good fun” rather than a challenge.

“It definitely creates some more interest for the fans and for golf in general,” said McIlroy. “I don’t see any challenge in it.

“I think it’s just good fun. It’s good fun to be out there and have such an atmosphere and such a buzz around a grouping like that. It’s just nice to be a part of.” 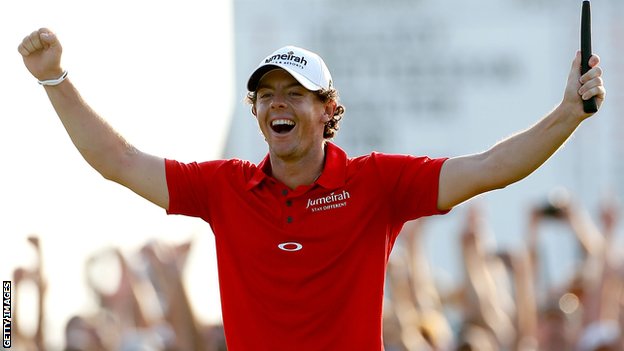