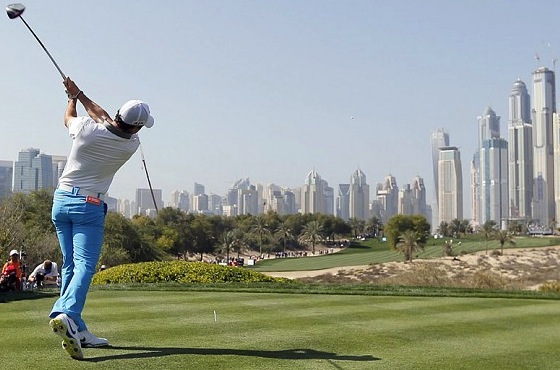 Nike’s Rory McIlroy reflected on "one of those days" after he failed to clinch a second Dubai Desert Classic title on the final days play.

The two-time major champion couldn’t emulate the form of his fabulous, first-round 63 as he struggled to a closing 74 to finish four shots behind Scotsman Stephen Gallacher.

The Northern Irishman, dressed in the latest Nike golf clothing ground out six pars to begin his final round, but he bogeyed the next and his hopes essentially came to an end with three dropped shots in four holes after the turn.

"It was just one of those days," he said. "I think anything that sort of could go wrong did.

"Okay I hit a couple of loose drives, but I didn't really get away with them or stuff like that.

"The golf course played a lot differently today, the greens were a lot firmer. On the rare occasions I got the ball close, I didn't make any putts, so it was one of those days.

"I was struggling to read the greens for some reason, so I got (caddie) JP (Fitzgerald) to read them for me on the back nine and holed a couple more.

"When the greens get this firm they change colour a little bit and it was very hard to see. Everything I read was straight even though it wasn't - I just couldn't see any movement at all.

"I thought if I could get to 16 under it would be good enough and it turned out that it was as that's what Stephen got to.

"I just wasn't able to play well enough to get there."

Defending champion Gallacher played the first two rounds beside McIlroy and Tiger Woods, and the he believes McIlroy will soon be reclaiming his world No 1 ranking from the American.

"His first round was unbelievable," Gallacher said. "I shot 66 and it felt like 75. His ball flight is just phenomenal. I've never played with anyone who flights it as good as him.

"I think he'll soon be contending with Tiger for the number one spot. He's a class player."