Kaymer storms to US Open title... 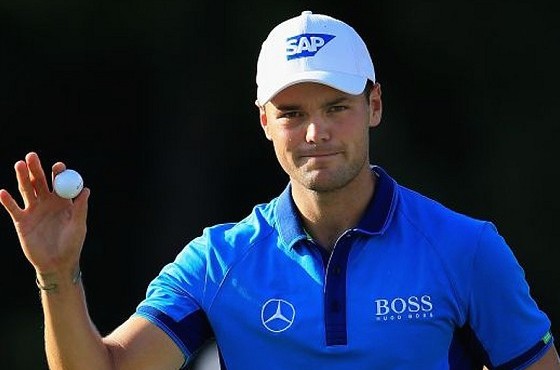 Martin Kaymer held his nerve in scorching North Carolina to lift the US Open after dominating from start to finish with a victory by eight shots.

Kaymer, dressed in Hugo Boss golf clothing teed off in the final round at Pinehurst five-shots clear of the field.

He went on to calmly negotiate Pinehurst’s tough No.2 track in a solid one-under par round to lift the title and claim nearly £1million.

The German Ryder Cup star, 29, is the first player from continental Europe to win the US Open Championship. It was also his second Major triumph after winning the 2010 PGA Championship.

Kaymer, who last month added the The Players’ Championship to his 2014 trophy list, is now set to climb from No.28 to the verge of the top 10 after his blistering display in 30 degree heat.

Nike’s Tiger Woods was not in the field. The 14–time Major winner is still unable to compete following back surgery.

You could say Kaymer’s performance was Woods-esque. No-one managed to get closer than within four shots. His solid, low risk play demoralised the field and forced nearest rivals such as playing partner Rickie Fowler to chase dangerous pins and mark bogeys.

Kaymer make bogeys at the seventh and tenth but escaped any deadly doubles to ensure he triumphed.

Ian Poulter finished four-over-par for the tournament following a final round of level par. While defending US Open champion Justin Rose had a poor back nine before a birdie at the last left him on 72 and three-over in total. He marked it by impersonating the famous winning pose from the late Payne Stewart in 1999 when he won the US Open here.

Rory McIlroy shot a final round 73 for six-over par while Northern Ireland compatriot Graeme McDowell finished with a level-par 70 for a seven-over total.

There was excitement further down the field as American Zac Johnson aced the ninth for a hole in one en-route to his round of 72.