While the money won by Rose ($1.5 million) and Ping endorsed Westwood ($1 million) for finishing first and second respectively in the Turkish Airlines World Golf Final did not count towards the Race to Dubai, both players are keen to overhaul Oakley’s McIlroy at the top of the standings.

The world No 1 is currently €437,000 (£381,000) ahead of Englishman Rose on the money list, with Westwood almost another €1 million behind, but enough big-money events remain before the season-ending Dubai World Championship for those gaps to be wiped out.

"I would like to give Rory a bit of a run for the Race to Dubai," Rose said after shooting a tidy five-under-par 66 to beat Westwood by a single shot in the final in Turkey.

"He's got a bit of a lead on me and is playing a lot of golf now so he's going to be tough to catch, but if I can continue to push the top end of the leaderboard I will give myself a chance and that will be fun."

Such goals coinside in with Rose's ambition to become a more consistent winner around the world, with the Ryder Cup star adding: "Lee (Westwood) has won 30 times or more around the world and I have won 11 or 12. It's a lot, but I feel like I can still improve and win four, five, six times a year before I solely focus on the major championships."

Westwood added: "I have five massive tournaments left and if I can play well for a couple of weeks in China and then in Dubai then I might have a sniff of the Order of Merit. "I've only won twice this year so I would like to win more before the year is out.

Rose admitted he drew on memories of his part in the 'Miracle at Medinah' during his battle with Westwood, with the key moment coming on the par-three 17th. Rose never trailed in the match after draining a putt from 25ft for birdie on the first, but saw a two-shot lead cut in half on the 16th when he surprisingly missed from three feet for birdie after Westwood had holed from three times the distance. However, Rose responded brilliantly with a long-range birdie two on the 17th, evoking memories of his monster putt on the same hole at Medinah as he birdied the last two holes to beat Phil Mickelson in the singles.

"I hit a poor putt on 16 and Lee flipped the script on me," Rose said. "I thought his ball was in the hazard - it was actually plugged in the rough - and then he makes four and I make five and from that moment on it's going to be a tight finish.

"He hit a great shot into 17 and I really felt like I needed to make that putt, and the 17th against Phil came to mind, just drawing on positive experiences." 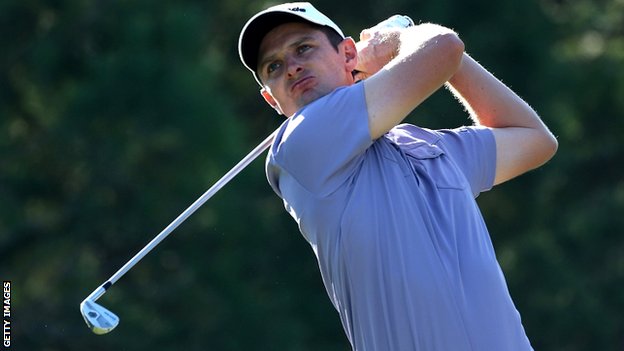