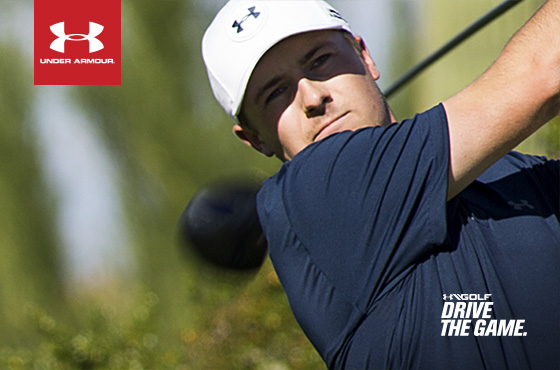 At Chambers Bay, the ice man triumphed again, grinding his way to victory in a putting masterclass on some of the toughest greens ever seen at a US Open. With two majors in the bag this year, Under Armour Golf's Jordan Spieth has catapulted himself into the ranks of the game's greats at just 21 years of age.

However, despite all of the attention Spieth has been receiving for his game, he hasn't yet become a golfing style icon, unlike Rickie Fowler who carded an 81 on day one of the tournament. We think that's a shame, as Jordan has partnered with one of the game's finest clothing designers in the shape of Under Armour Golf.

Under Armour Golf must be delighted with their sponsorship deal with Spieth, in a market where the success of your brand ambassadors can make or break a clothing firm. With such a likeable, professional and level headed young player fronting their campaigns, expect to hear a lot more from the firm in future years.

One of Spieth's trademark outfits is an understated but smart polo neck shirt from Under Armour Golf, which is his go-to shirt manufacturer. With their youthful cut and restrained colour scheme, these tops suit Spieth's character, which lacks the brashness and extrovert nature of an Ian Poulter or Fowler.

Under Armour Golf are about more than just style. Like Spieth, they have focused on the mechanics of creating high quality clothing, which might be what makes their brand a great fit for the new US Open champion. For example, their shirts utilise coldblack technology in their dye. This helps to reflect the sun's rays efficiently, cooling off golfer's in hot conditions. Maybe this coolness helped Jordan to stay calm over those brutal four footers on the greens at Chambers Bay?

Their shirts are also designed to stretch easily, adding comfort to the swing even when you are perspiring. Moisture transport features also help to move perspiration away from the body, while a technology known as heatgear helps to avoid unpleasant odours. I guess that must help with Jordan's unflustered interviews after a taxing day's play.

With their smart appearance and clever design, Under Armour Golf shirts complement the savvy displayed by their brand ambassador. On their own, they might not shave shots off your scorecards, but they will be ideal for summer rounds where comfort is crucial.