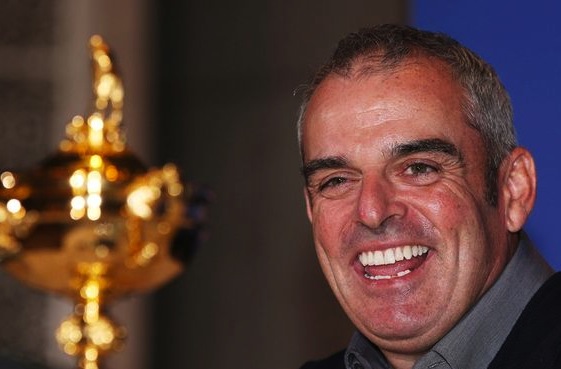 European captain Paul McGinley will have three wildcard picks for next year's Ryder Cup against the United States at Gleneagles in Scotland.

It means there will be nine automatic qualifying spots for the 12-man team, which will aim to defend the title sensationally won at Medinah in 2012.

McGinley voiced that he had made the change in order to allow "a bit of flexibility".

The nine automatic selections will be consist of the top four eligible golfers from the European Tour points list and the leading five in the world rankings.

"Hopefully this will ensure I have the right players to face the examination paper that Gleneagles will set out next September," added 46-year-old Irish golfer McGinley.

"You only need to look at the record books to see we haven't done too badly of late so I didn't see the need to make sweeping changes."

Europe have won seven of the last nine battles, including a remarkable final-day fightback to win last year's Ryder Cup on American soil by 14 1/2 points to 13 1/2. American captain and golf legend Tom Watson has reduced the number of his wildcard picks from four to three.

McGinley's proposition received unanimous backing from the European Tour's Tournament Committee during a meeting at Wentworth on Monday.