Rory McIlroy followed in the footsteps of Luke Donald's achievement last year by finishing top of the list in Europe and the United States in the same season.

He closed the Singapore Open with a 30-foot eagle putt for a 65 to edge one shot ahead of Callaway’s Thomas Bjorn at 10 under at the Sentosa Club. South African Louis Oosthuizen and Italian Matteo Manassero were both 13 under, Manassero winning the event at the third play-off hole.

McIlroy has notched up in excess of £2.8m in the Race to Dubai,  the new format that has replaced European Tour's Order of Merit in 2009, and cannot be overhauled, despite two tournaments still remaining in this year's calendar.

The young Northern Irishman, who has recently been linked to a £156m sponsorship deal with Nike Golf, played down his money list feat and insisted: "The money list has been cheapened a little bit by not having the leading players at events towards the end of the year.

"It's still an award for consistency and you need to play well throughout the year in all the tournaments you attend.

"I am going to end up playing 13 or 14 events on the European Tour this year. That's obviously a lot less than a lot of other people but I have played in the bigger tournaments with the higher prize funds, which has allowed me to get to the top." 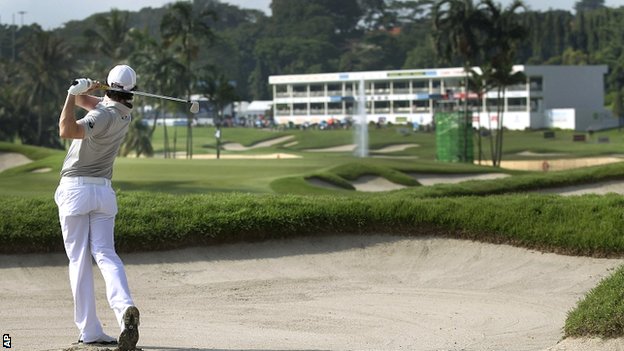