Wearing a Limited Edition MILLS Ventil8 shirt, NEVILLE trousers and a WEST belt, the ‘man in black’ took a one shot lead into the final round in bright sunshine under challenges from Englishmen Anthony Wall and Mark Foster, as well as local favourite and three-time Major winner Padraig Harrington in front of record sell-out crowds for a European Tour event.

The Welsh No.1 kept his calm to finish in style with birdies on the last two holes for a final round 66 and an 18 under total for his first victory in 255 Tour appearances, plus the biggest prize of his career at €333,000.

“I felt so comfortable out there,” he said as he collected the trophy. “I didn’t look at the leaderboard and it was only when I hit my second to the last that I thought about winning. I’m so pleased that I won here too, because I don’t think we’ve ever played on a better golf course on the European Tour.”

Donaldson had put the Galvin Green Multi-layer Concept into practice during the event, as the wind and rain hit the links course and he switched comfortably between an AYERS GORE-TEX® rainwear jacket in Curacao/black/white, a black BAXLEY half-zip WINDSTOPPER® and a DESMOND INSULA™ pullover. 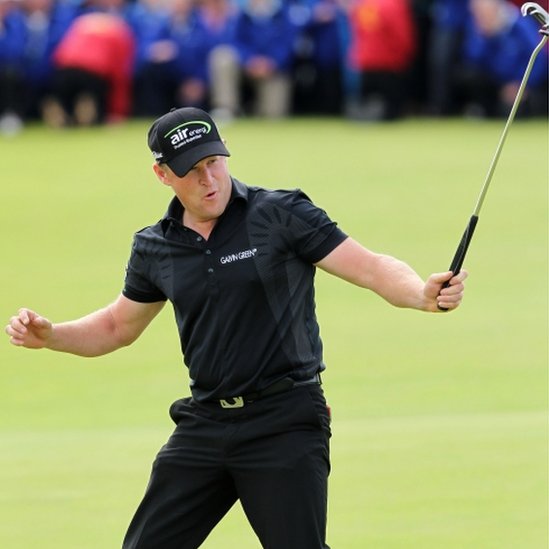