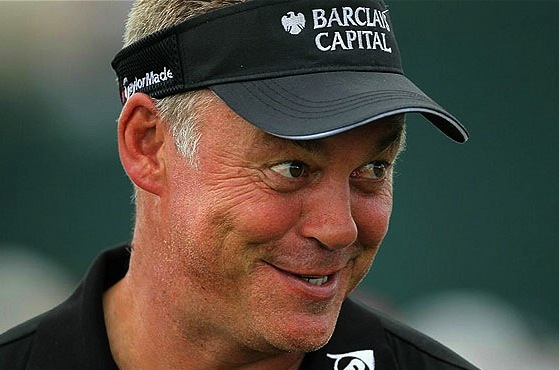 Darren Clarke feels his fellow Northern Irishman Graeme McDowell will put up a serious challenge for a second US Open triumph at Merion next week.

Former Open champion and golfing stalwart Clarke believes the Pennsylvania venue is ideal for McDowell, who won the title at Pebble Beach three years ago.

"With the course being a little bit shorter, it will suit G-Mac down to the ground," said Clarke.

"Merion gives him a fantastic chance to add a second US Open to his CV."

Clarke said McDowell, currently ranked seventh in the world, would be really excited to the June event and the second major of the season.

"He has won a couple of times this season, at Hilton Head and then in Bulgaria a few weeks ago, so he is obviously playing really well. G-Mac can get it out there but he is not one of the big bombers so a shorter course suits him."

Clarke is also hoping his own game comes good when he tees up for the opening days play dressed in his usual stylish golf clothing.

"I am not competitively sharp, but I am working hard," said Clarke, who last played in the US Open in 2009.

"I am swinging the club well but am just not back into scoring mode. The US Open is the toughest test, they do not give you any margin for error at all. With the rough as thick as it is."

Clarke also predicted that world number two and 2011 US Open winner Rory McIlroy would soon be challenging for major honours again after his well-publicised change to Nike golf and recent dip in form.

"But he has so much talent and it will not be long before he is back up there."