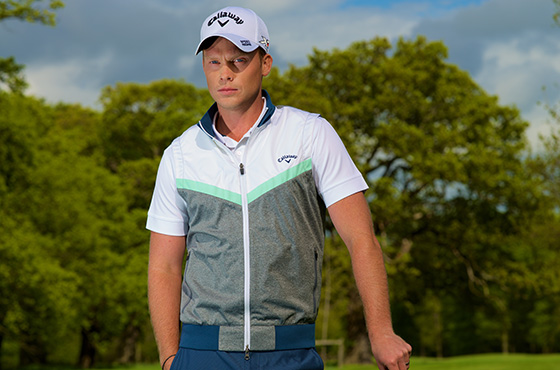 Zach Johnson's amazing victory in the Open was the culmination of one of the most extraordinary weeks of golf St Andrews has ever seen. Of the 156 players who made up the field, a record-breaking nine were amateurs and one, 22-year-old Paul Dunne from Ireland, found himself at the top of the leader board after 54 holes, a feat that no amateur has achieved since Bobby Jones back in 1927.

At the Open, four other amateur players - Jordan Niebrugge, Ashley Chesters, Oliver Schniederjans and Romain Langasque - also made the cut. Dunne would eventually drop down to 30th place after a poor final round, but Niebrugge, Schniederjans and Chesters all managed to finish in the top 12.

In doing so, they, along with all the other amateurs who took part, provided solid evidence that in today's game, the distinction between amateur and professional is far less clear than it used to be. After all, six amateurs played all 72 holes at the U.S. Open earlier in the year.

After the British weather led to a full day's delay, the event would finish on a Monday for the first time in more than 25 years, the tournament ended dramatically with a four-hole playoff between Johnson, Louis Oosthuizen and Marc Leishman. Returning to top form, it was Johnson who emerged victorious, hoisting the claret jug high and securing his name among the ranks of the golfing greats for all time.

Along with the weather, Callaway clothing made something of a splash at the Open and Danny Willett continued his rise up the ranks. Willett, who finished play ahead of the worst of the weather in the second round, was leading by two shots over Zach Johnson and eventually finished the tournament tied for 6th. Willett was just one of many players wearing Callaway clothing who made the cut this year, including America’s Patrick Reed (tied 20th) and Scotland’s Marc Warren (tied 40th).

Willett, who turned pro in 2008 following impressive wins at the English, Spanish and Australian Amateur Championships in 2007/8, recognises the need to nurture new golfing talent. And for him, good play comes down to practice, skill, support from family and friends and the right golf clothing. As a brand ambassador for Callaway clothing, Willett appreciates the difference that quality can make in terms of how you feel and perform on the course.

Earlier this year Willett described the European style of the Callaway clothing Spring/Summer collection as younger and trendier that looks really good and a ‘fit that gets better and better every year.’

Willett was ‘especially looking forward to the X-Series range,’ which he anticipated he’d wear a lot this season and true to his word, Willett took to the course in Callaway polo shirts, a hallmark Chev belt and Callaway Golf Chev Lightweight Tech Trousers. With a clean, flat-fronted cut, these slim-fit Callaway trousers are engineered for comfort and performance.

Check out all the golf clothing available at Function 18, as well as the rest of the the freshly styled Callaway X-Series range.