Bubba back on song... 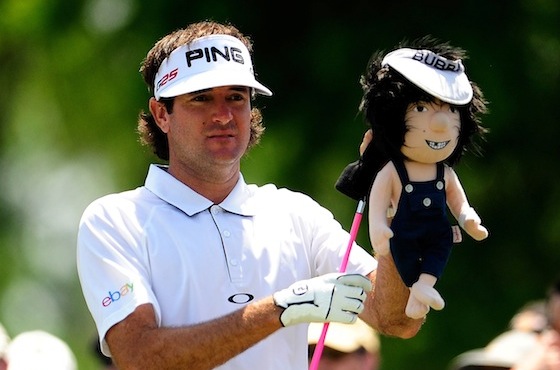 Bubba Watson has forever been charmed with the history of Riviera Country Club, where Ben Hogan won a U.S. Open, celebrities from Humphrey Bogart to Dean Martin were members and Howard Hughes once took lessons.

It is a contest once known as the Los Angeles Open that began in 1937 and through the years had a number of legendary winners such as Hogan, Sam Snead, Arnold Palmer, Charlie Sifford and Tom Watson.

Now, after successive bogey-free rounds of 7-under-par 64 to complete the Northern Trust Open, Watson, with his first win since the 2012 Masters, is part of that history.

Two weeks ago, Watson bogeyed the final hole to lose the Phoenix Open by a shot to Kevin Stadler. After that devastating defeat, he began this tournament, located a mile from the Pacific in a costal canyon, at the 10th hole on Thursday. Watson's first three holes were double-bogey, birdie, double-bogey.

He made the cut of 1-over 143 by just two shots but played the final 39 holes in 14 under, without a bogey since the 15th hole Friday.

"This golf course, they haven't changed it much over the years. They don't trick it up. It just is what it is, and it's tough."