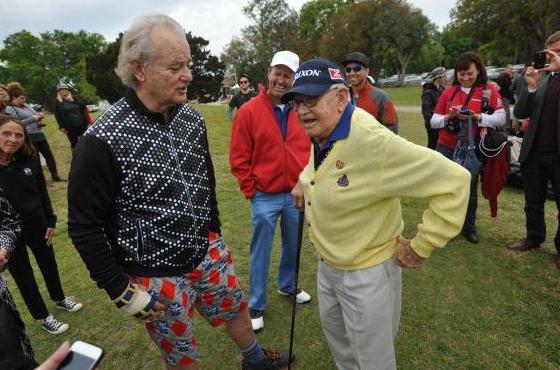 Bill Murray likes to push the boundaries when it comes to golf clothing.... and that includes wearing golf trousers that some could consider an arrestable offence!

For it was at the 14th annual Murray Bros Caddyshack Charity Golf Tournament in Florida yesterday that he smashed out in some real bad boy golf clothing!

Checked in a delightful shade of orange and paired with the logo for all-American beer Pabst Blue Ribbon, he cut a overwhelming dash on the greens.

Coupled with a tracksuit top, which to some might not have necessarily matched the attire; he hit the fairways at the River Bend Golf Links in Jacksonville.

His t-shirt too proved a smash, emblazoned with a picture of the Dalai Lama flaunting a driver with the personality 'Big Hitter' across the front. Murray described the Tibetan holy man as 'a senior citizen who can rip it'.

When asked what went into selecting his outfit, he said: “Usually it's whatever's clean, whatever's at the top of the pile.

It is not the first time that Bill’s golfing apparel has turned heads, he was responsible for a barrel of laughs when he arrived in 'camoflage' trousers at the 2012 Ryder Cup! 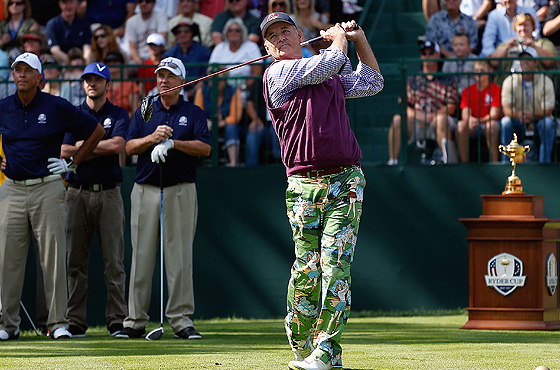 When it comes to golf trousers, Bill knows how to pick out some legendary strides!