Best moments of the US Open... 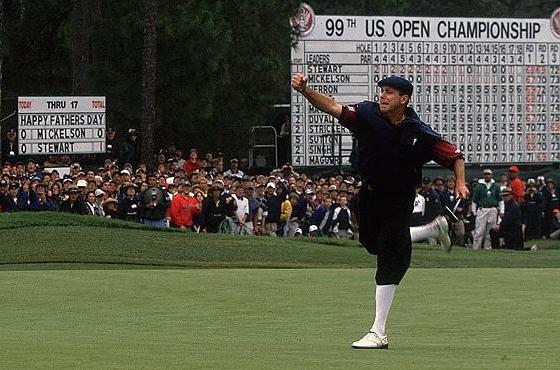 Tiger Woods may not play in the US Open Golf 2014, but in 2000, he was young, powerful and fearless. Pebble Beach is no pushover, but Tiger conquered it in style, with a 15 shot winning margin which stands as a record for all Major Championships. Not only that, but his nearest challenger, Miguel Angel Jimenez, was 3 over par for the week. It is hardly possible to imagine a more dominant performance. A great result too for his golf clothing sponsor Nike!

A new American hero arrives in 1913

He may not be celebrated as much today, but for years Francis Ouimet was lionized as the saviour of US golf. Coming into the 1913 US Open at Brookline, the game was being dominated by experienced British players like Harry Vardon. But the 20 year-old amateur Ouimet battled through an 18 hole play off to take the title, sparking a golfing mania amongst Americans.

Colin Montgomerie should have won at least one US Open, and he never had a better chance than in 2006 at Winged Foot. Coming up the 18th, he was level with Phil Mickelson, but deposited a routine iron shot into the heavy rough and made an agonizing double bogey. Mickelson then followed suit with a double bogey of his own, opening the way for little known Aussie Geoff Ogilvy to scoop up the glory.

Ben Hogan's determination wins out in 1950

Few golfers were as tough as Ben Hogan. In 1950, a year after a near-fatal car crash, Hogan found himself in with a shot of taking the Open at Merion Golf Club. However, 200 yards away from hole and needing a par at best to force a play off, his chances were less than even. In those days, 200 yards was a long way, but Hogan struck his one-iron perfectly, two-putted and triumphed in a play-off the next day.

Hale Irwin was an unassuming golfer, but even he went crazy after sinking an almost impossible 50 foot putt on the 18th green at Medinah in 1990. 45 year-old Irwin was two strokes behind leader Mike Donald (who never won a major), and the crowd went wild. In the ensuing chaos, Donald missed his own 15-foot putt, forcing a play-off which Irwin won.

Looking forward to great moments at US Open Golf 2014