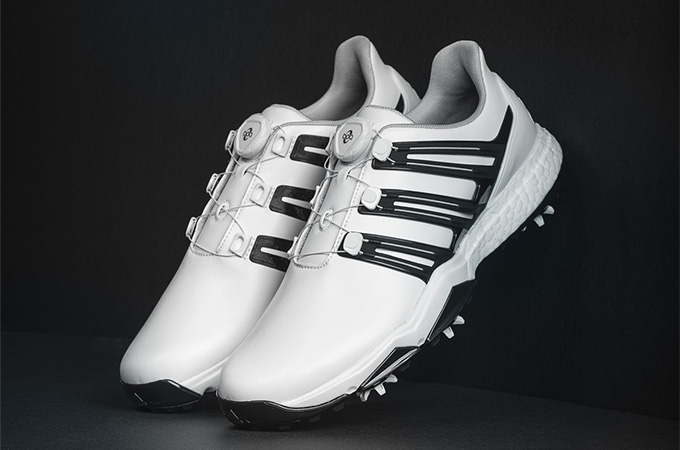 This season has seen the return of Powerband technology, with the Adidas Powerband BOA Boost golf shoe. Sergio Garcia and John Rahm have had multiple successes in the new shoe which has become 2017's hot property.

The Powerband franchise has now been combined with the Boost technology to enhance power and stability throughout the golf swing. In addition, this season the Powerband also includes the lace-less BOA technology which is increasing in popularity with modern golfers, including some tour pros. With all this new technology, surely it must be Adidas' most powerful golf shoe to date.

The innovative Boost foam is made up of energy capsules which release energy during the golf swing, delivering the maximum energy return. The PowerCage saddle strengthens lateral stability by locking down the midfoot. The L6 BOA closing system provides the perfect fit and extreme comfort every time you step into these golf shoes, and also prevents moisture leaking through the top of the shoe. Comfort, stability and energy release provides for the most powerful Powerband golf shoe to date. 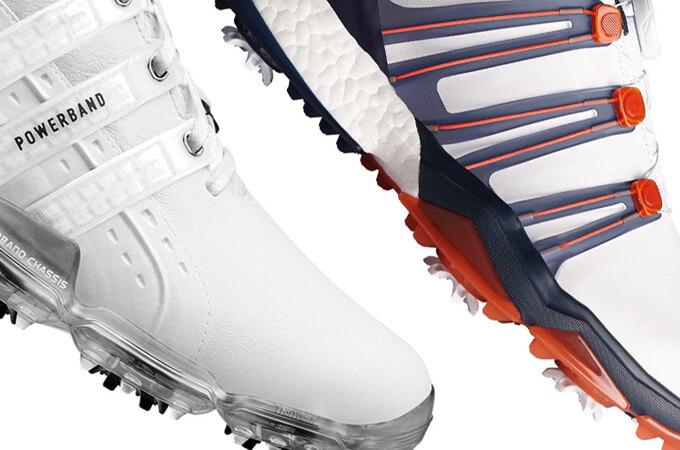 The Adidas Powerband BOA Boost helped Sergio Garcia lead from the start earlier this year to win the Dubai Desert Classic at the Emirates Golf Club. The Spaniard comfortably held off the challenge of Henrik Stenson to stroll to a 3 shot victory. More recently, Sergio claimed his first major title at the Masters, beating a fellow European and Ryder Cup team mate  Justin Rose in a dramatic play-off. It has been a good year so far for El Nino!

Fellow Spaniard Jon Rahm won his maiden PGA Tour title in the Adidas Powerband BOA Boost, at the Farmers Insurance Open at Torrey Pines. This was only his 12th start on the PGA Tour. He came runner up to World number 1 Dustin Johnson at the Dell Matchplay in Austin, Texas and has just worn the Irish Open with a phenominal display.

The Adidas Powerband BOA Boost golf shoes are worn by some of the biggest hitters on tour, get involved and try these shoes out for yourself. They are available here.