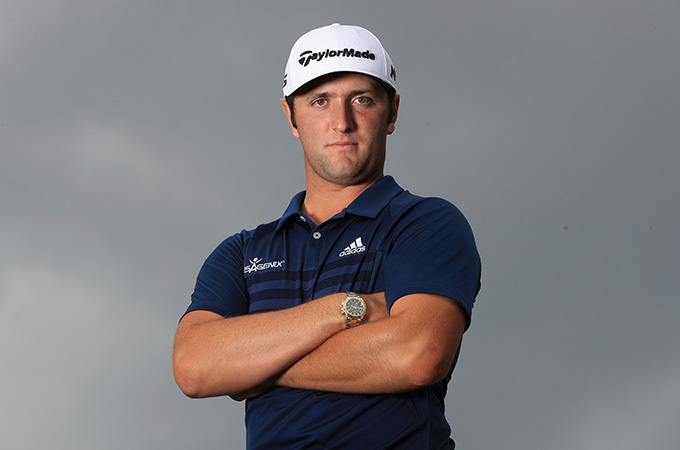 The global sports giant Adidas has always aligned itself with some of the World's most successful sport stars, and things are no different in golf.

In one of the most dominant performances in recent memory,  Rahm won the Irish Open with a tournament record score of 24 under par, which was 6 shots better than his nearest competitor. The 22 year old notched up 23 birdies and 4 eagles on his way to victory. Rahm is a full Adidas Golf clothing and TaylorMade club/ball staff player.

Rahm appeared to favour the Club 3-Stripe Sweater to keep warm in the Northern Irish weather, but when the sun did break through he was seen sporting the Performance Polo. As you would expect at most links golf courses, the rain made an appearance, and Rahm relied on his Adidas waterproof trousers to keep him dry. As a footwear choice, Rahm favours the  Powerband Boost BOA, a shoe which is packed with technology and featured in our recent blog post.

Xander Schauffele clinched the second Adidas/TaylorMade golf win of the weekend in dramatic fashion at the Greenbriar Classic. He finished the week with an average driving distance of 317 yards, hitting 75% of fairways. Schauffele birdied the par 3 18th hole, hitting a pitching wedge to 3ft and rolling in the putt to clinch victory. This was only the 24th start as a Professional for the 23 year old, making it all the more impressive. He has now earn't himself a spot at the Open Championship, the PGA and 2018 Masters. 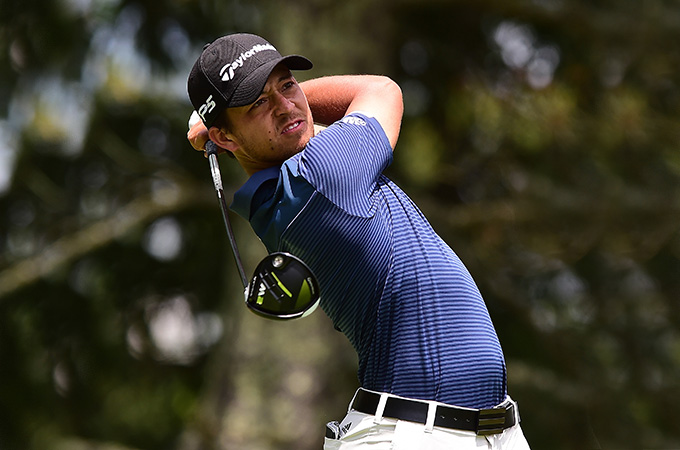 Schauffele wears Adidas Golf clothing week in week out, and on the final day of the Greenbriar Classic he was wearing the ClimaChill tonal stripe shirt coupled with ever stylish Adidas trousers. His victory outfit was nicely complemented by arguably Adidas' most classic golf shoe, the AdiPure TP.