A Peak Performance From Joakim Lagergren In Sicily 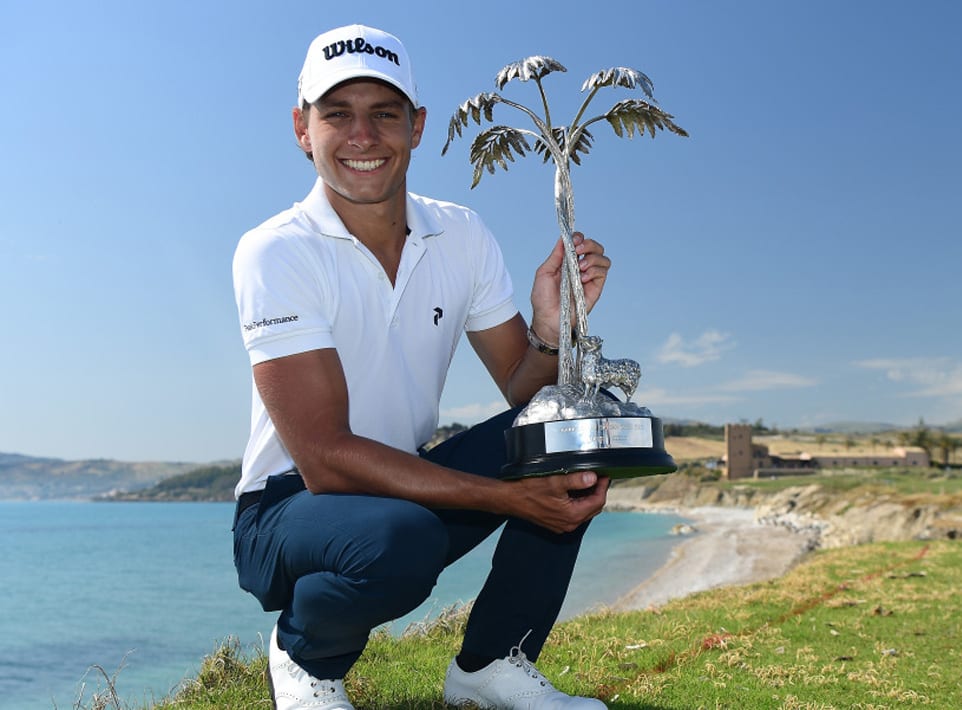 Joakim Lagergren clad in Peak Performance apparel, has claimed his first victory on the European Tour at the Rocco Forte Sicilian Open.

The 26 year old, who became the second Swede to win in three weeks after Alexander Bjork’s win in China, started the final round two shots off the lead but got off to a flying start, wearing Peak Performance classic pique polo shirt, with four birdies in his opening nine holes to overtake Lorenzo-Vera at the top of the leaderboard. Both players made bogey at the 14th before Lorenzo-Vera took a share of the lead with a birdie on the 17th, meaning a play-off was needed to decide the victor.

Lagergren held his nerve to birdie the first play-off hole whilst his rival could only make par.

This is what Joakim had to say when speaking to The European Tour after his victory;

“I've been waiting for this moment my whole career," said the former Challenge Tour graduate. "I'm so relieved and I'm so happy at the moment, words can’t describe it. I've been fighting so hard to get to here, it's just awesome.

"When you're just missing out a few times you really want to get that first win and it feels like you really need to get over that first step to then really continue and get more and more. This is a big step for me."