Golf bosses will look at banning celebrity caddies at future Opens after Carlos Tevez caused chaos at The Open Championship at Royal Lytham.

Manchester City striker Tevez carried the bag of Andres Romero on Sunday as his fellow Argentine shot a disappointing 82 to finish bottom of the weekend field.

Despite being a huge golf fan, Tevez was seen in unusual golf clothing and chatting to the large crowd his group had attracted - while Romero’s playing partner Chad Campbell was playing shots.

The R&A have been quick to react and now hinted that they don’t want a similar circus at Muirfield next year.

“I think we may need to look at this particular case,” said Jim McArthur, the chairman of the championship committee.

“We couldn’t quite understand why such a big crowd was following a match at the end of the field until we realised who was actually doing the caddying.

“The strange thing for me was he never put the bag down. When he was standing on the green, he was carrying the bag all over the place. It’s just absolute madness.

"I suppose he’ll learn from that if he does that for the rest of the season!”

Long putters are also set to be outlawed after Ernie Els became the third Major winner in the last four to use the unconventional clubs.

The South African superstar had always been against belly or broom-handled putters, but switched last year saying: “As long as it’s legal, I’ll keep cheating like the rest of them.”

This year’s 156-man Open field saw 27 players use long putters (such as runner-up Adam Scott) and another 16 had belly putters in their bags - and the number is increasing all the time.

And talks between golf’s rulemakers to forbid players “anchoring” the putter to any part of their body could see the laws change by January 1 2016.

“The R&A and USGA do have this subject firmly back on the radar,” said R&A chief executive Peter Dawson. “The Open result does not have a direct bearing on this.

“I do stress this decision hasn’t been made. If that were to happen and we were to announce it in the reasonably near future, I think the amount of notice people would be getting of the change would be perfectly reasonable.” 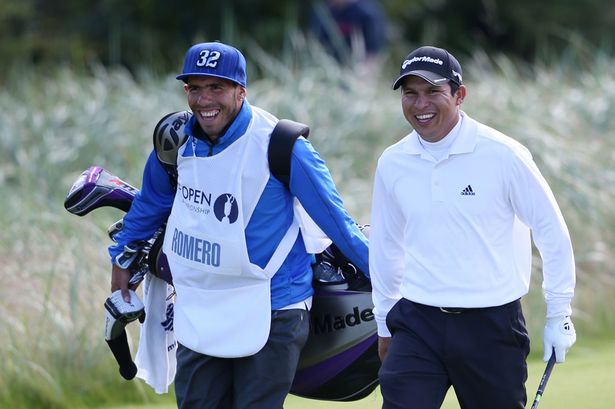