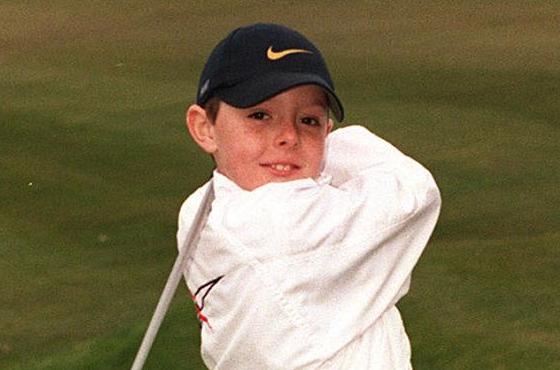 On May 4, 2014, golfer Rory McIlroy will turn 25. The former world number one has achieved huge success in his young career and to celebrate his 25th Birthday, the team at online golf clothing store Function18 have collated 25 fun facts about the Irishman that you may not know...

3. He recorded his first hole-in-one when he was nine.

4. Rory became a professional in 2007 at the age of seventeen.

5. His first golfing major triumph came at the 2011 US Open Championship.

6. His winning score at the US Open is the lowest in the history of the tournament.

7. He won the 2012 PGA Championship by a record margin of eight strokes.

8. He is the youngest player to ever reach $10 million Euros in earnings on the European Tour.

9. Rory is also the youngest to have earned $10 million dollars on the PGA Tour.

11. He is a huge fan of Manchester United.

12. In addition to football, Mcilroy’s other sporting passion, outside of golf, is rugby. He supports Ulster.

13. Rory is a dog lover. Occasionally, his four-legged friends join him on the practice course.

14. Speaking of practice courses, Rory has one in the grounds of his home.

15. He follows NBA basketball in the USA and is a fan of Miami Heat.

16. He is engaged to Danish tennis star Caroline Wozniacki.

18. His 10 year Nike sponsorship deal, worth an estimated £150 million, makes him one of the largest earners in sporting history. “It’s young. It's athletic. It's innovative” said Mcilroy when describing the Nike Golf range he proudly represents.

19. Rory’s golfing prowess has allowed him to indulge in a passion for expensive cars. His collection includes a Ferrari F430 and a Lamborghini LP560-4.

20. His key golfing inspiration is Tiger Woods, who is also sponsored by Nike Golf.

21. His nickname on the PGA tour is Rors.

22. He is the second youngest player to have held the number one golf ranking behind Tiger Woods.

23. When he reached the number one spot in 2012, he also became the first Irishman to hold that position.

24. Rory is a big supporter of charitable causes and is an ambassador for UNICEF Ireland.